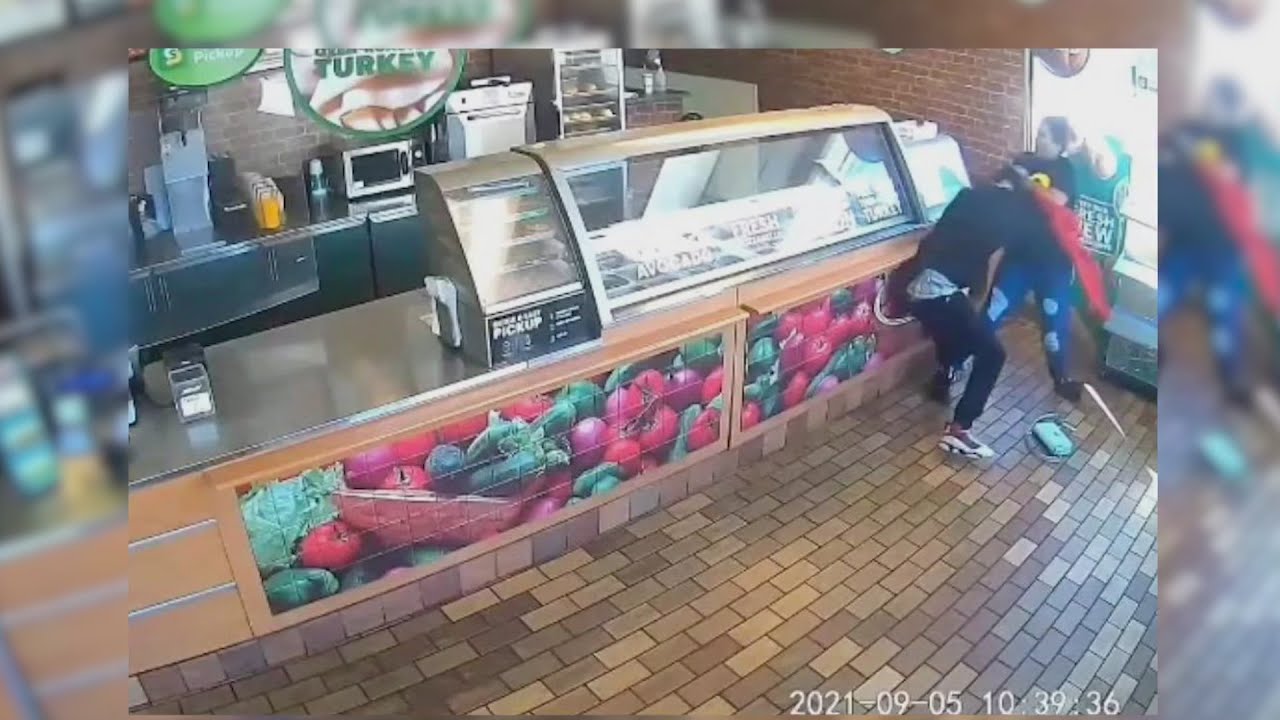 Who does this happen?? You at work minding your own hardworking business when someone that is not working hard (well at least the legal way) rolls up on and try’s to rob you. You are able to take care of yourself by defending yourself. However your job that you work so hard for repays you by suspending you.

Araceli Sotelo was working at an Illinois Subway location when a guy entered and flashed a gun at her, demanding she give him the money, in the incident that was caught on tape you see Ms. Sotelo yelling at the guy to leave and to stop, and then she starts to scuffle with him behind the counter and actually gets the upper hand during the confrontation. They spill out into the dining area, and Sotelo amazingly knocks the gun loose. She then rips his sweater off, grabs the gun then busts him in the head before dude jets from the restaurant with her purse.

Somehow the security tape hit the internet so subway told Ms. Sotelo that she wouldn’t be getting her ends for the day nor can she come back to work until the video is somehow removed from the viral highway. (see video below)

Now Ms. Sotelo has to obtain legal representation with no money to fight her own job. Read More

How about that for gratitude.