Bubba Wallace Speaks: He Is Not Happy And He Is No Jussie Smollett !? [VIDEO] 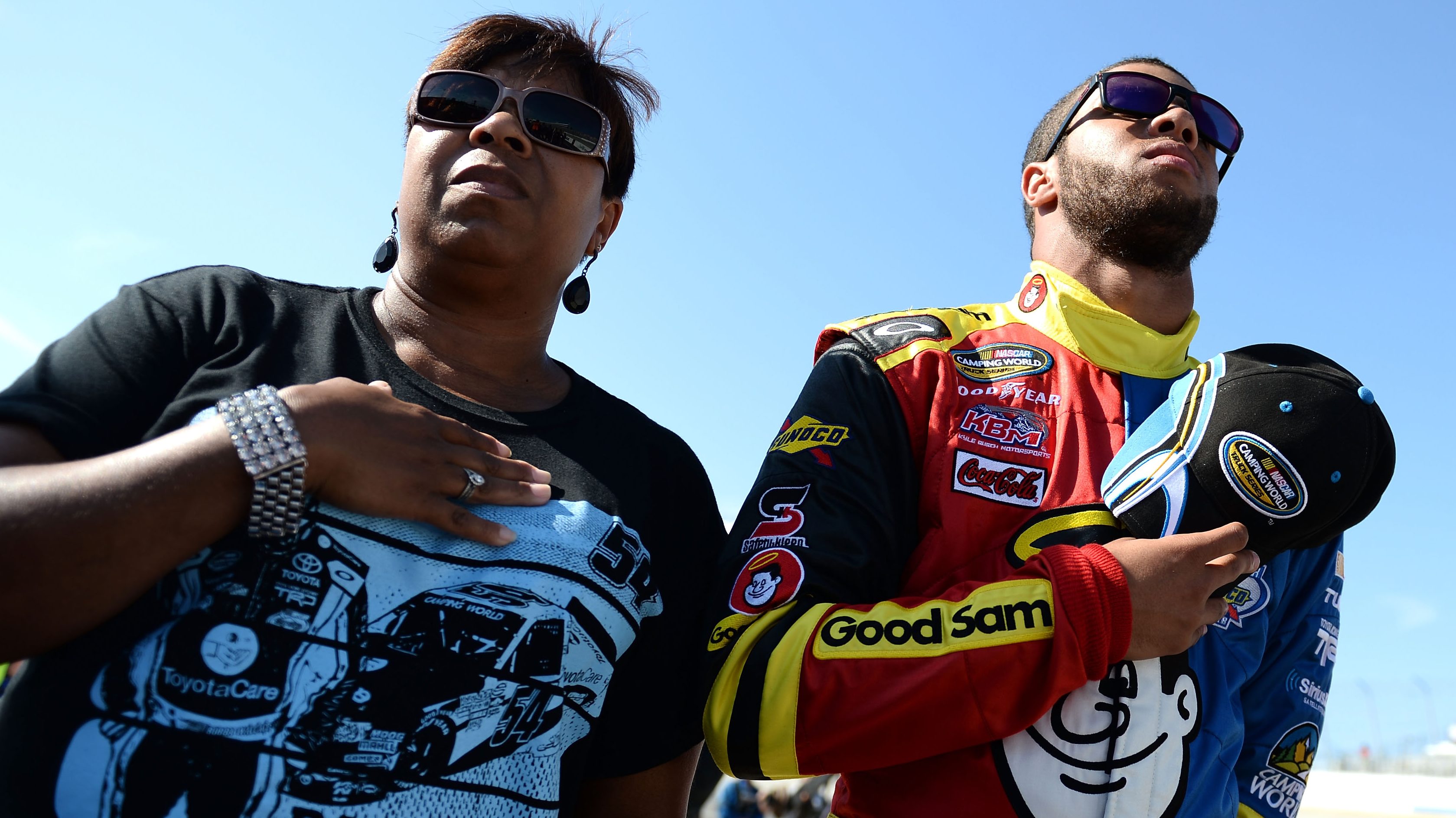 Bubba Wallace as well as NASCAR was shocked when a noose was discovered hanging over the lone man of colors car that was stored in a secured garage at Talladega Superspeedway over the weekend.  All of NASCAR rallied around Bubba Wallace live and in color, then an investigation into the incident was launched by NASCAR and the FBI.  The conclusion?  According to the FBI the noose was a garage pull down rope that had been there since 2019 I.E. no hate crime was committed.  The first thing the trolls did was take to social media to attack Bubba Wallace by insinuating that he was a Jussie Smollett.

Bubba seen it, now Bubba is responding, he is not happy and he has got some 1, 2 check up for all!!

According to Bubba Wallace, first off he wasn’t the one who initially found the noose, he was chillin having dinner when he got a phone call from the NASCAR president Steve Phelps saying yo we need to talk face to face.  Bubba Wallace went to talk to him and Steve Phelps then told Bubba with tears in his eye that a hate crime had been committed then he gave him the 411 on the noose in the garage that his car was being parked in, and he had Bubba’s back.  Bubba Wallace says he never seen the noose , and he did not fake a hate crime.  Wallace also say’s they all including the FBI that the rope was a noose, and he doesn’t care when it got there it was wrong.  Bubba say’s he is not happy that there are people that are trying to test his character.

Check out everything Bubba Wallace had to say about the noose incident and investigation below.