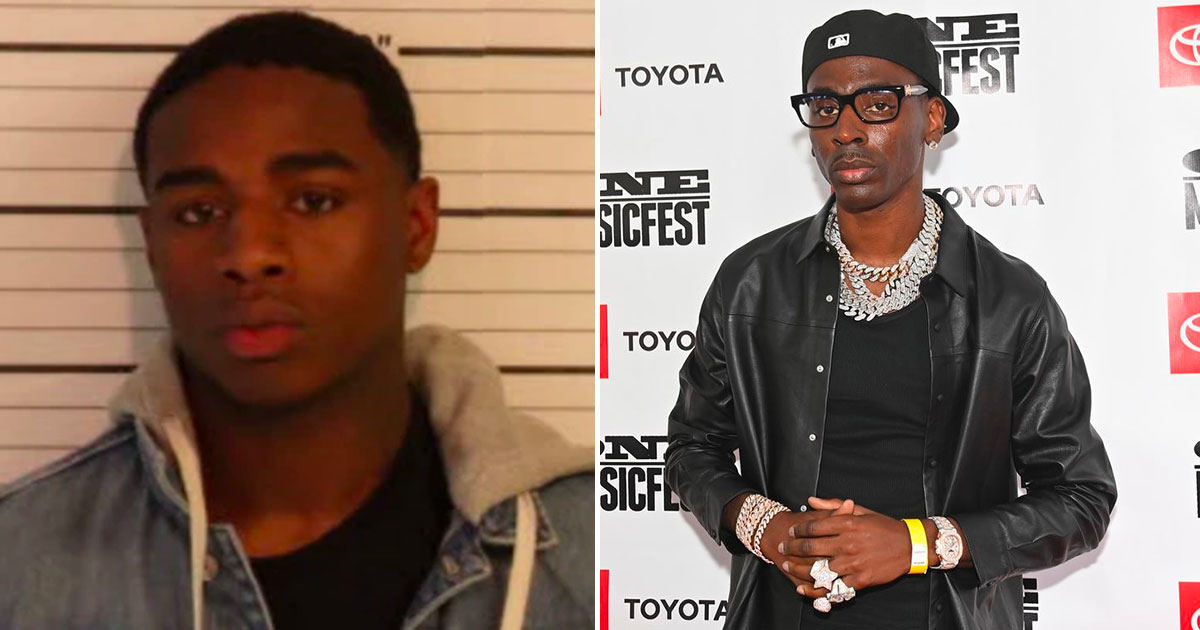 Young Dolph was in his hometown of Memphis for his annual Thanksgiving giveaway, he’d been living in Atlanta.  Young Dolph was scheduled to hand out a truckload of turkeys to folks in his old neighborhood on Wednesday afternoon of November 17, 2021, his plan was to head to the event right after the cookie store, however his plan never came to fusion when he was gunned down at at Makeda’s Homemade Butter Cookies.  Although there had been video of the suspects there hadn’t been any names nor motive given until now.

According to the U.S. Marshals, Memphis Police Department and Tennessee Bureau of Investigation say one of the suspects has been identified as 23 year old  Justin Johnson.  On Wednesday, authorities have released a mug shot of Justin Johnson and say Johnson who allegedly has ties to organized crime is wanted for a number of charges, including first-degree murder.

According to Justin Johnson’s social media he is a local rapper who goes by the name StraightDrop.

Take a look at the video and mug shot below.

He should be considered armed & dangerous.

Tags: Murder Suspect, Young Dolph
Share:
Antonio Brown Is Breaking His Silence and He Say's That He Isn't Crazy For What Went Down
Previous Post