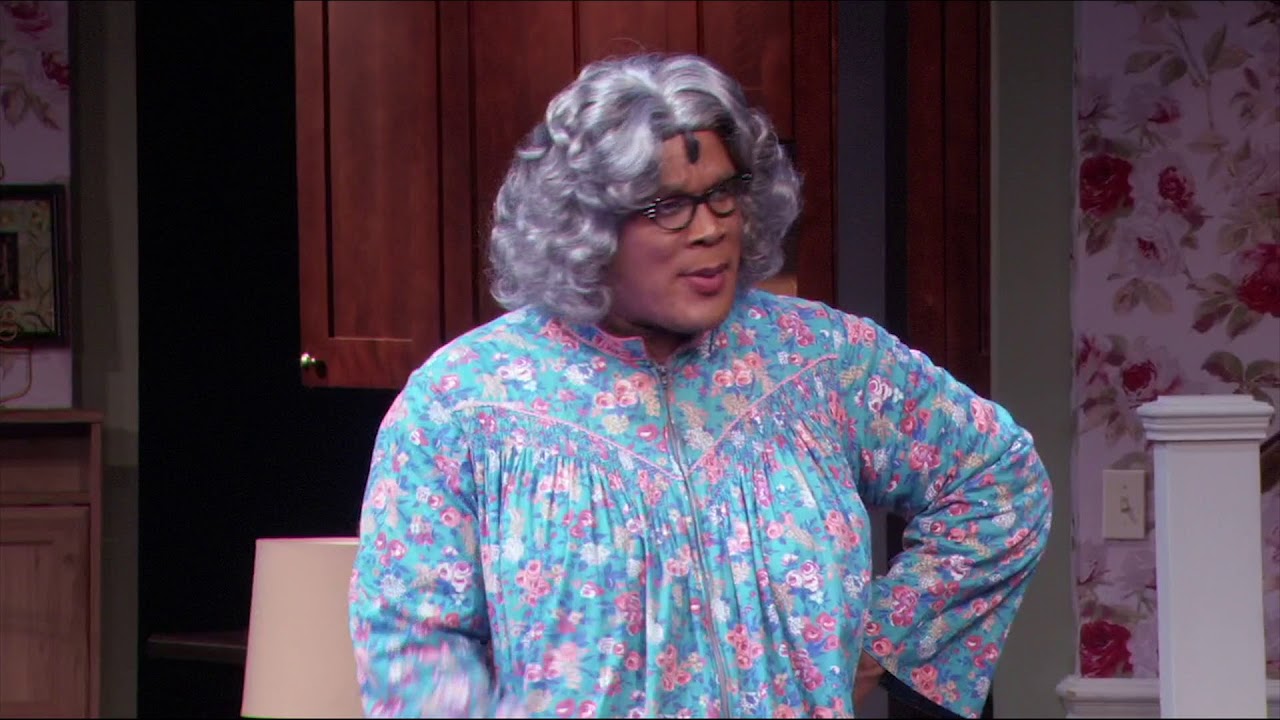 Before the pandemic hit Tyler Perry had made the announcement that he was officially putting the lady that brought him to the promise land, Madea, out to pasture.  Fans that have been following Tyler Perry since his early play days was sick at the thought that Tyler Perry was going to kill off Mabel Simmons AKA Madea in ‘A Madea Family Funeral’ but when that didn’t happened in the beginning of the pandemic Tyler Perry was taking Madea from city to city with the stage play ‘Madea’s Farewell’.   Fans came out in record numbers to say goodbye, but did Madea really want to say goodbye?

Well, Tyler Perry might not have wanted to still be playing Madea at Madea’s age but Hell hath no fury like Madea wanting to come out of retirement, because that stimulus check wasn’t cutting it but a check from Netflix will do her just right.

Tyler Perry posted a video on social media with Madea taking over his body with the announcement that the world needs a good laugh and Madea is going to give it to them with ‘A Madea Homecoming’  slated to drop in 2022 on Netflix.

According to Tyler Perry:

“I was done with Madea, completely done with it,…But as I’ve been looking at the state of the world — and I finished a tour in January, just before the pandemic started to break in the country — and the amount of joy and laughter that it brought to so many people, that’s what I think is missing. We need that laughter and that joy.”

Take a look at Tyler Perry and Madea’s official announcement below.

T.I Drops New Music Video 'What It's Come To' Addressing 'The Parasite' Is His Life [VIDEO]
Next Post

T.I Drops New Music Video 'What It's Come To' Addressing 'The Parasite' Is His Life [VIDEO]