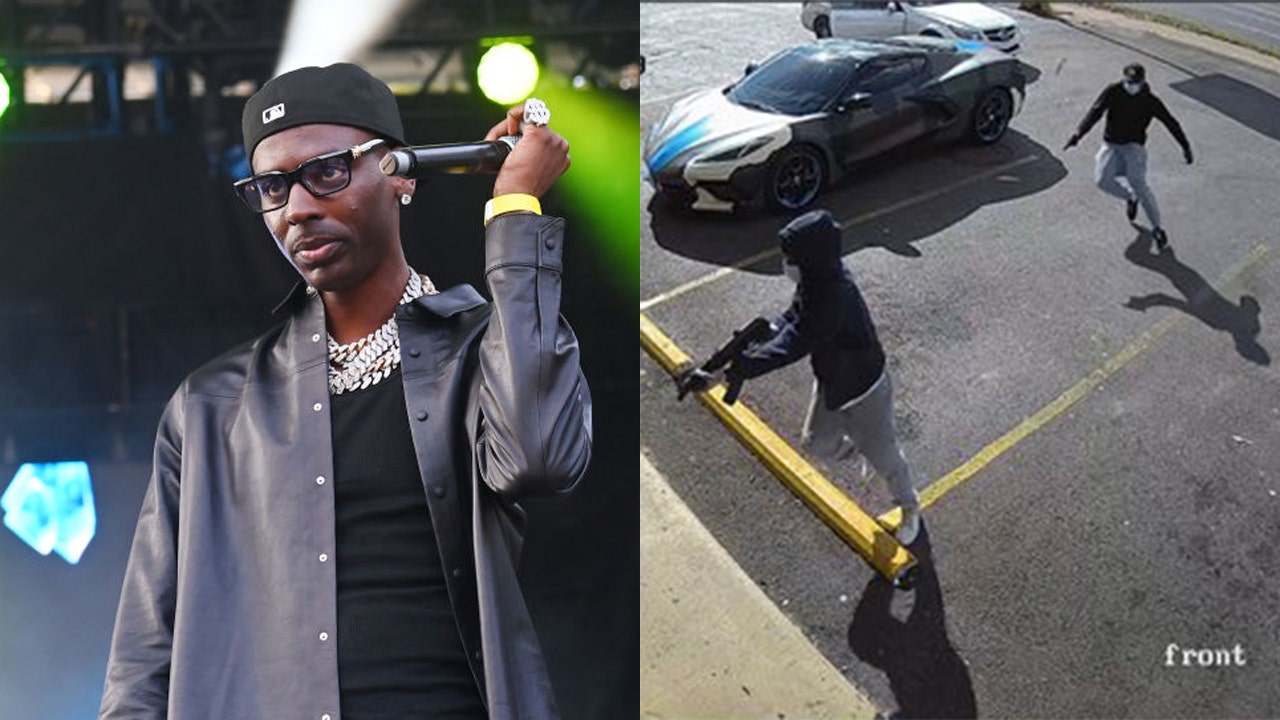 Rapper 36 year old Adolph Robert Thornton Jr., better known by his stage name Young Dolph was gunned down in his hometown of Memphis while going out to enjoy his hometown favorite cookie shop, Makeda’s Homemade Butter Cookies preparing himself to feed his community when he was killed in a hail of gun fire on November 17, 2021.  Investigators shared photos of the two armed suspects getting out of a white two-door Mercedes Benz and it has taken almost 2 months to bring the people responsible for Young Dolph’s murder to justice.  News broke yesterday that police had arrested two in connection with Doplh’s murder, 23-year-old Memphis rapper Justin Johnson and 32-year-old Cornelius Smith however today a press conference went down and now we have three.

During a press conference, U.S. Marshal Tyreece Miller revealed that a third suspect in the Young Dolph murder has been detained, 27-year-old Shundale Barnett:

“It’s a big deal,” “We’re proud of the work that everybody you see standing up here has done and even some that you don’t see.” He added, “There are a lot of unseen heroes that participated in the case … I think we are the best of the best. We get results and today’s announcement demonstrates that.”