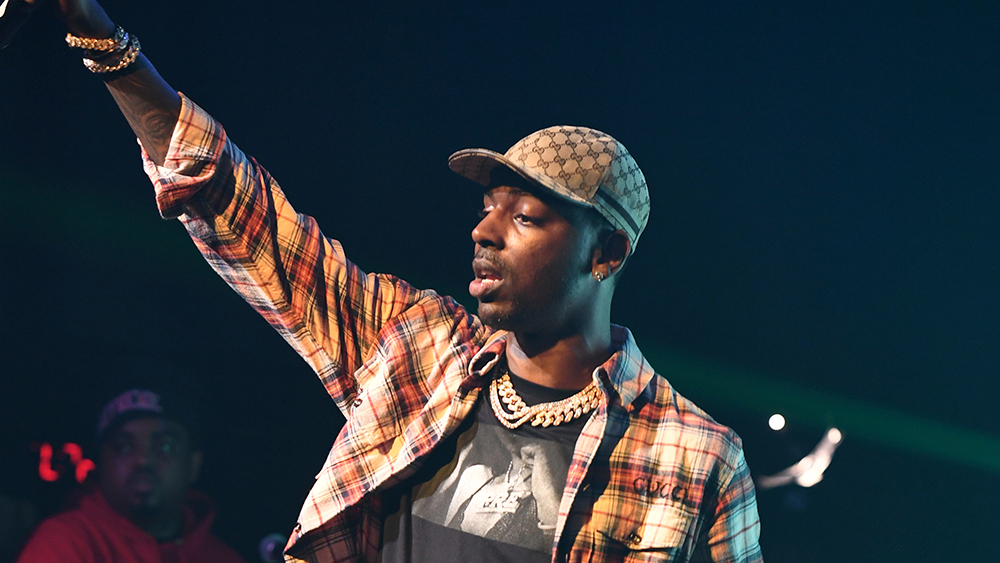 Young Dolph’s family asked  “.. that everyone please respect their privacy during this difficult time as they mourn the loss of their loved one.”

Young Dolph’s service was held at First Baptist Church Broad Street. Then the family’s caravan of black SUVs was escorted by security and Memphis Police to Young Dolph’s final resting place at a cemetery in South Memphis across from Hamilton High School, Young Dolph’s alma mater.

Video’s and pictures were shared from Young Dolph’s service from news outlets and others that were invited to attend.

Investigators have shared photos of the two armed suspects getting out of a white two-door Mercedes Benz, which was seized by police last week. However, no arrests have been made and police have not released any further information from their investigation in the murder of Young Dolph.

We will be keeping the family, friends and colleagues of Young Dolph uplifted in our prayers.

Take a look at the photos and videos below.

Pictures from inside of Young Dolph’s funeral program. The picture of him and his grand mother on what I’m told by family friend is the first time she ever flew. pic.twitter.com/KoiGj0uWnq

The Black Godfather, Clarence Avant's Wife Killed During a Home Invasion
Next Post