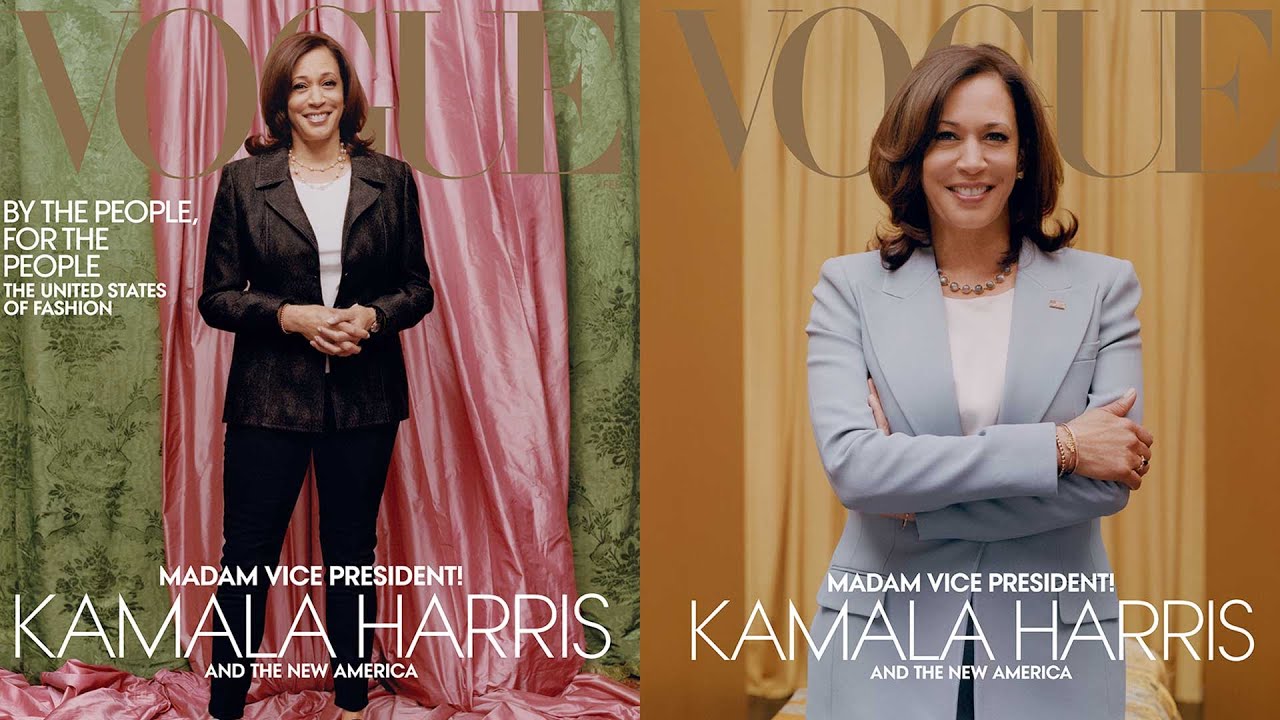 The front cover of the print edition has Kamala Harris sporting a black jacket with Converse sneakers in front of a pink and green background.  One would think that choice would be for her to be paying homage to her sorority Alpha Kappa Alpha.   However team Harris was expecting the cover to feature her posing in a light blue suit against a gold background, thinking a setting more appropriate for our new Vice President.  Plus they allegedly aren’t happy that they found out about the switch after the photo of the cover leaked over the weekend.

You would think, what’s the problem just change it, its February’s issue, right?  Nope it can’t be changed because the issue had already been printed in December.

Take a look at Kamala Harris on the cover of Vogue below and let us know if you are feel it or no?

Trump Is Going Down While CNN's Abby Phillip Is Moving Up