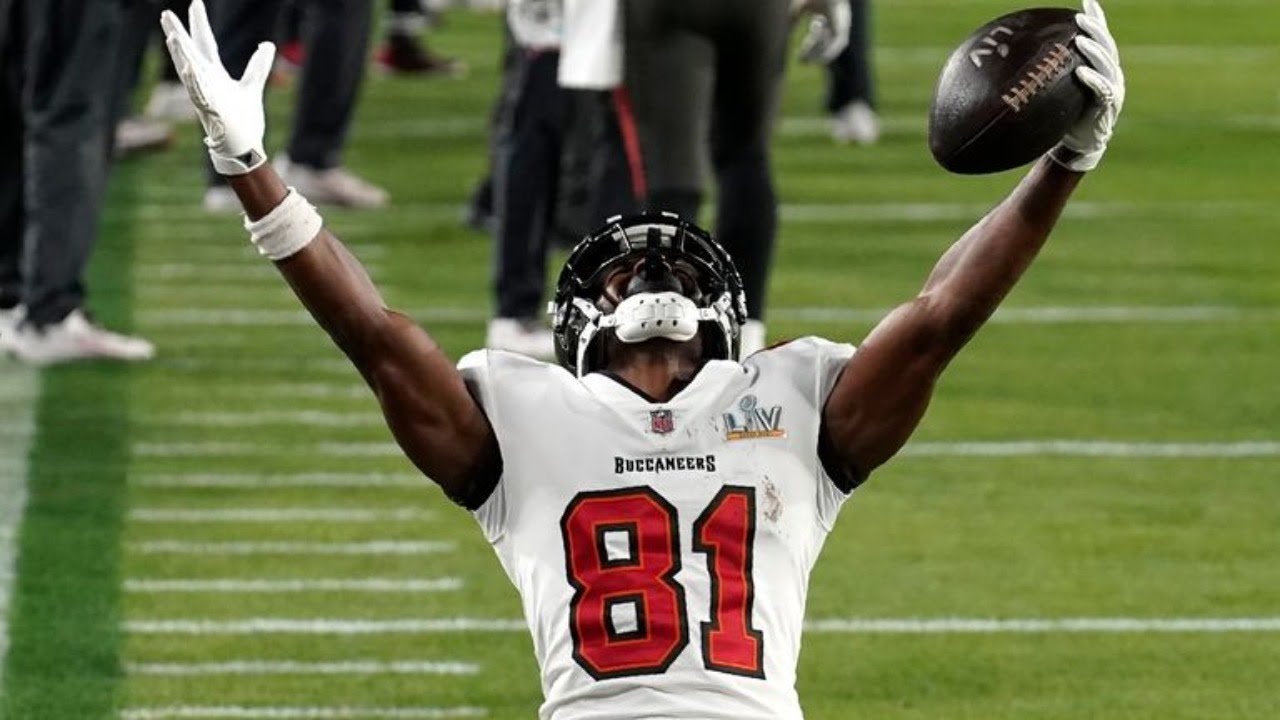 Here’s what is fact Tampa Bay Buccaneers wide receiver Antonio Brown stripped himself of his gear, threw his gear into the stands, then gave the peace sign to fans and walked of the field Sunday in the middle of the Buccaneers vs. The Jet’s game.  We could see that much, however what we couldn’t see nor here was the WTH happened.

Yesterday Antonio Brown chose to spill the tea first via his Attorney Sean Burstyn and tell the ‘what had happened’ via a a statement dropped on the Twitter information highway.

Wide receiver Antonio Brown is alleging that the team is engaging an ongoing “cover-up” surrounding his injured ankle. He noted in the statement that an MRI on his ankle revealed “broken bone fragments stuck in my ankle, the ligament torn from the bone, and cartilage loss, which are beyond painful,” and he is set to undergo surgery on that ankle.   Antonio Brown is also claiming the team gave him a “powerful and sometimes dangerous painkiller” and forced him to play despite knowing he had a serious ankle injury — all leading to the moment he says head coach Bruce Arians told him “you’re done!”

The statement must have ruffled the Tampa Bay Buccaneers feathers because the incident they would speak on before they are now speaking on and according to the Buc’s, Antonio Brown is lying.

According to Tampa Bay Buc’ coach Bruce Arians, following Antonio Brown’s statement, he is claiming that Antonio Brown never told him he was too hurt to play, but that AB was complaining about not getting the ball like he thought he should and refused to go in.   The organization say’s they knew about an ankle issue, but that Antonio Brown had been cleared to play.   So two days later after the walk off they released Antonio Brown.

“At no point during the game did he indicate to our medical personnel that he could not play,”

Who’s side of the story do you believe?  Take a look at the Tampa Bay Buccaneers official statement below.

Hellur It's She: Madea Is Dropping A New Album Ma-delle '90'
Next Post

Hellur It's She: Madea Is Dropping A New Album Ma-delle '90'