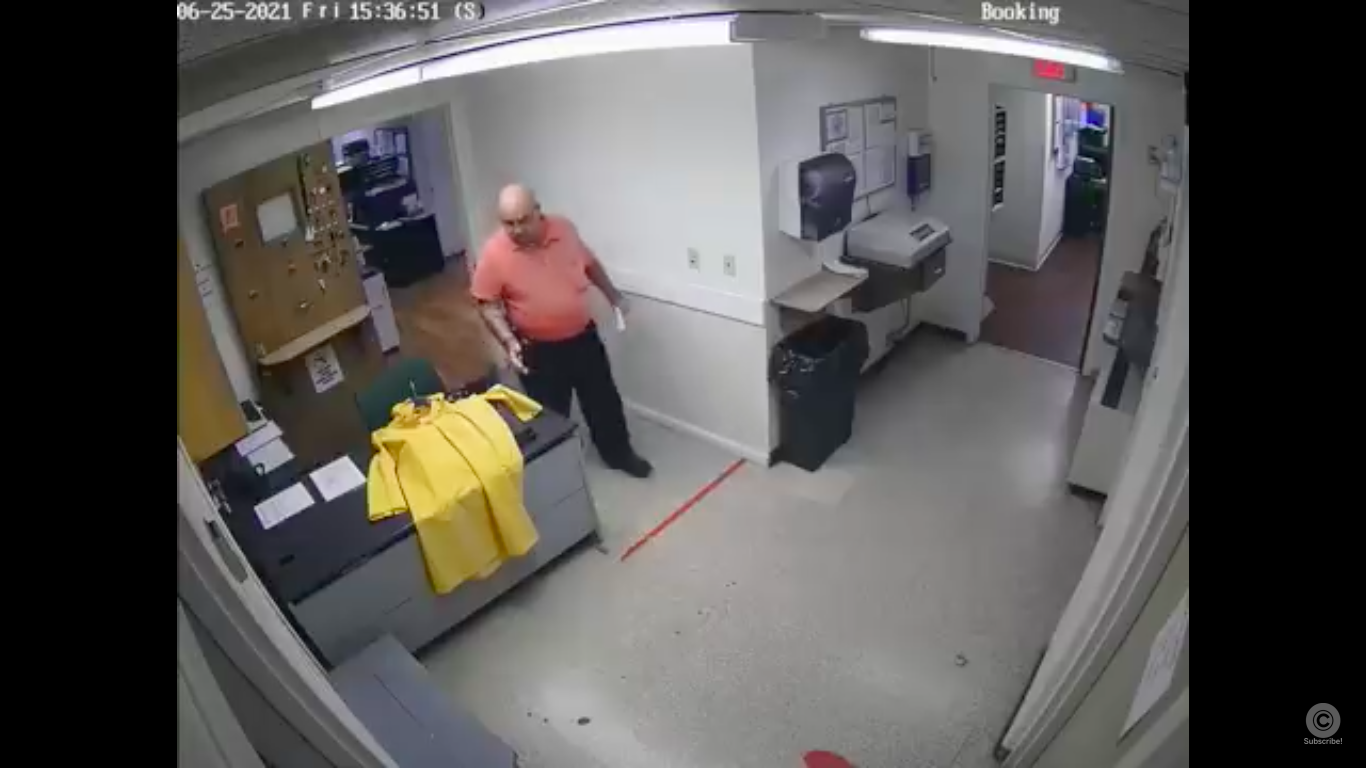 Caught on tape 33 year veteran of the Sheffield Lake Police Department, in Ohio, Police Chief Anthony Campo, was busted leaving a KKK sign on a black police officers desk.  Even crazier then that Anthony Campo wasn’t fired, but he was given the opportunity to resign instead during a meeting with Mayor Dennis Bring.

According to Mayor Dennis Bring, Anthony Campo who actually hired the black officer 9 months prior to this incident claims he did it as a joke and really doesn’t understand what he did wrong or why everybody was so upset about it.

“I had a joking back and forth banter with that officer since I hired him.”- Anthony Campo

The Mayor said he was going to fire Campo in the meeting however allowed him to retire.  The Mayor also apologized on behalf of the city and to the officer that name has been withheld as well.  Campo allegedly has also apologized.

It’s interesting that they thought that was a joke and we would venture to say that they probably believe there isn’t a such thing as systemic racism as well.  #IJS. Give us your thoughts.

Sha’Carri Richardson Apologizes For Testing Positive For Marijuana, Suspended From 100m In Tokyo

Idris Elba Has ‘Massive Anger Tantrums’ In His Tumultuous Marriage !?
Next Post

Idris Elba Has ‘Massive Anger Tantrums’ In His Tumultuous Marriage !?