NASCAR Releases The Photo Of The Garage Pull Down Rope/Noose 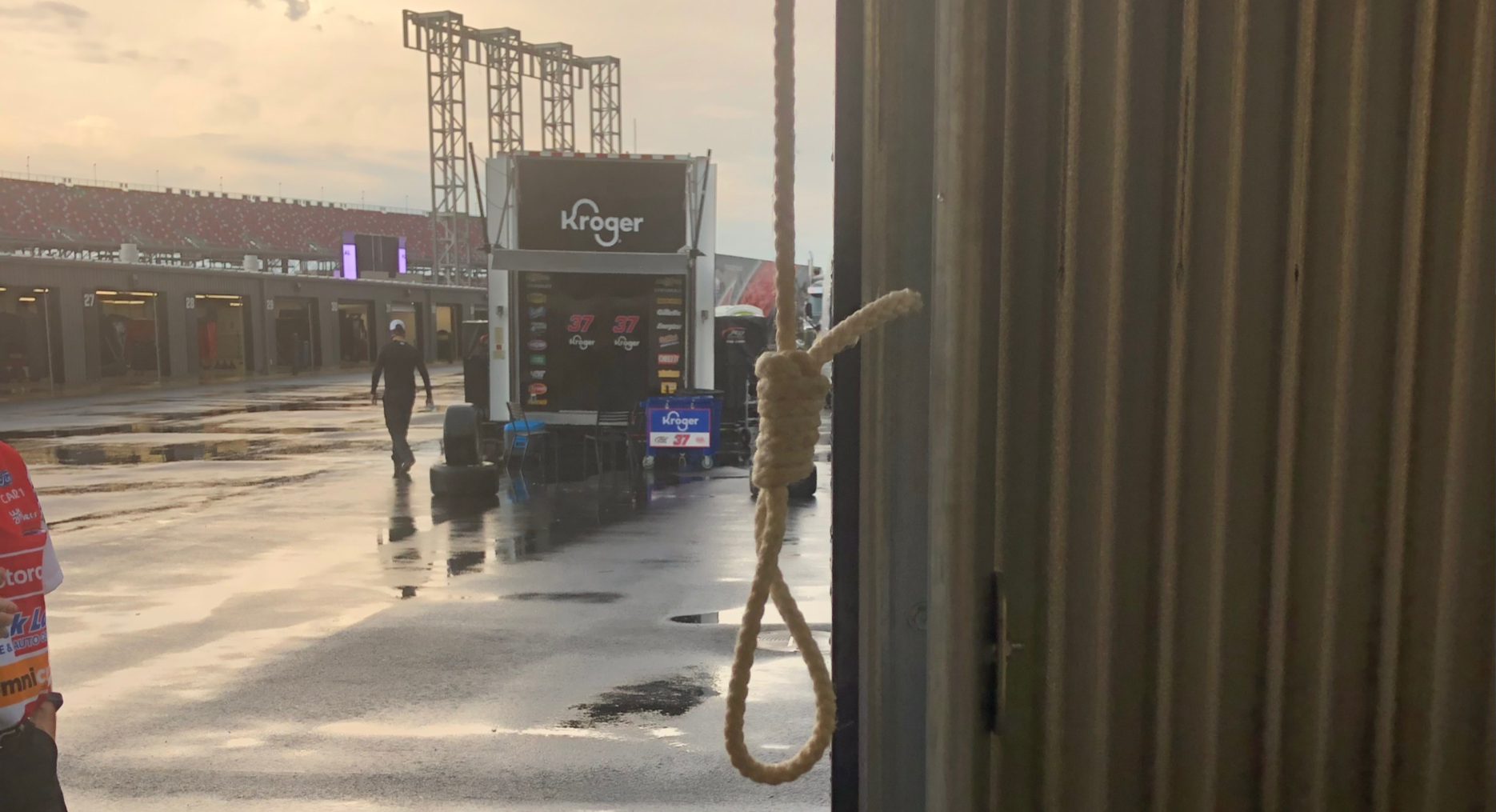 NASCAR vowed change was gonna come with their sport.  Then a noose was found in the only black full-time NASCAR racer, Bubba Wallaces car garage in a secure site Sunday at Talladega Super speedway.  On Monday NACASR literally stood behind Bubba Wallace.  On Tuesday after an investigation into the who, what and why the noose was there conducted by the FBI, they say the noose has been there since 2019 and that the noose was a garage pull down rope.  The Troll’s immediately  came for Bubba Wallace’s neck comparing him to Jussie Smollett, which caused him to give full disclosure, that he personally didn’t find the noose/rope he was told about it and that NASCAR was going to investigate, he didn’t make the story up and regardless whether it was there last week or in 2019 it still is inappropriate.   Which brings us to Thursday.

NASCAR officially released the photo of what the FBI says is a pull down rope for a garage door that has been there since 2019.

Take a look at the photo below and give us your social media investigative eye:  a) Is it a garage pull down rope or a noose? and b) does it look like it’s been there a year?  c)should action be taken over it?

NASCAR releases photo to the media of the garage pull rope formed as a noose from the Bubba Wallace garage Sunday at Talladega Superspeedway.
This image was provide by NASCAR. pic.twitter.com/Z4ZyBzpREF

3 Police Fired For Talking About Killing Black People On Their Dashcam!?
Next Post

3 Police Fired For Talking About Killing Black People On Their Dashcam!?