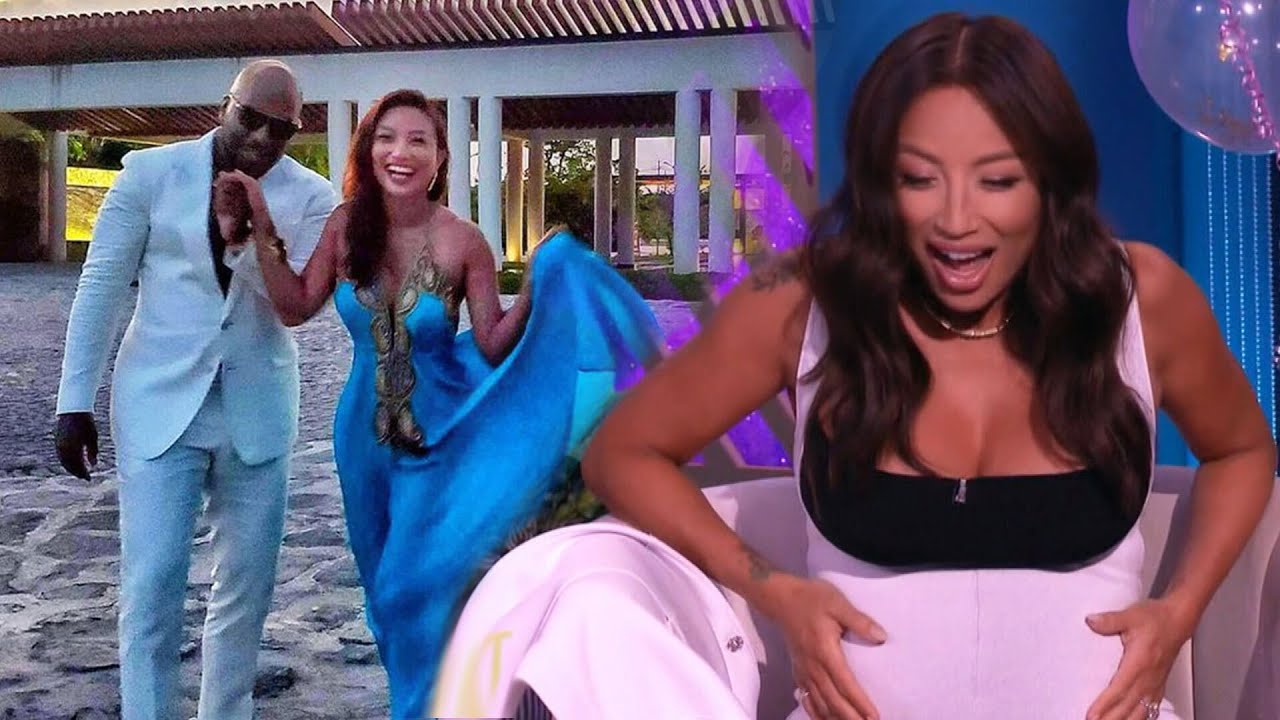 Congratulations are in order and going out to rapper Jeezy and Jeannie Mai of The Real, for real this time.

A couple weeks ago a source laid claim that Jeannie Mai and Jeezy had welcomed their first child together, however things are never official until we see the official social media press conference post, such as the one Jeannie Mai posted yesterday stating that ‘Baby J’ is official here posted with a photo from the hospital nursery.

Jeezy and Jeannie Mai, were married in an intimate wedding in Atlanta back in March. Jeannie Mai say’s when she met Jeezy was adamant that she didn’t want to have children but we all know that being in love can change things.  Jeannie Mai learned she was pregnant about a month before they were married but unfortunately miscarried, but months later she learned that she was pregnant again so she and husband Jay Wayne Jenkins aka Jeezy wanted to keep things ie Baby J on the low.

So we do not know if the rumor was true that Baby J was born a couple of weeks ago or not, but what is known for certain is that Baby J most definitely here now.  How do know?  Because Jeanie Mai has said so via her Instagram:

I asked God for a life of love and happiness.
He sent me my family.

The sex, weight and height of little Baby J Jenkins is not known

This is Jeannie Mai’s first child and Jeezy’s fourth, the rapper has three other children, Jadarius, Shyheim and Amra  from previous relationships.

Take a look at Jeannie Mai’s official post below.

Hey Get Your 'Snoop Dogg's' Today The Trademark is Underway

Lauryn Hill Moves From Wax To Film With Documentary ‘Why Is We Americans?’
Next Post