Common and H.E.R Help ‘Shine A Light’ To The Who Lost Their Parents to 9/11 Terror Attacks [VIDEO] 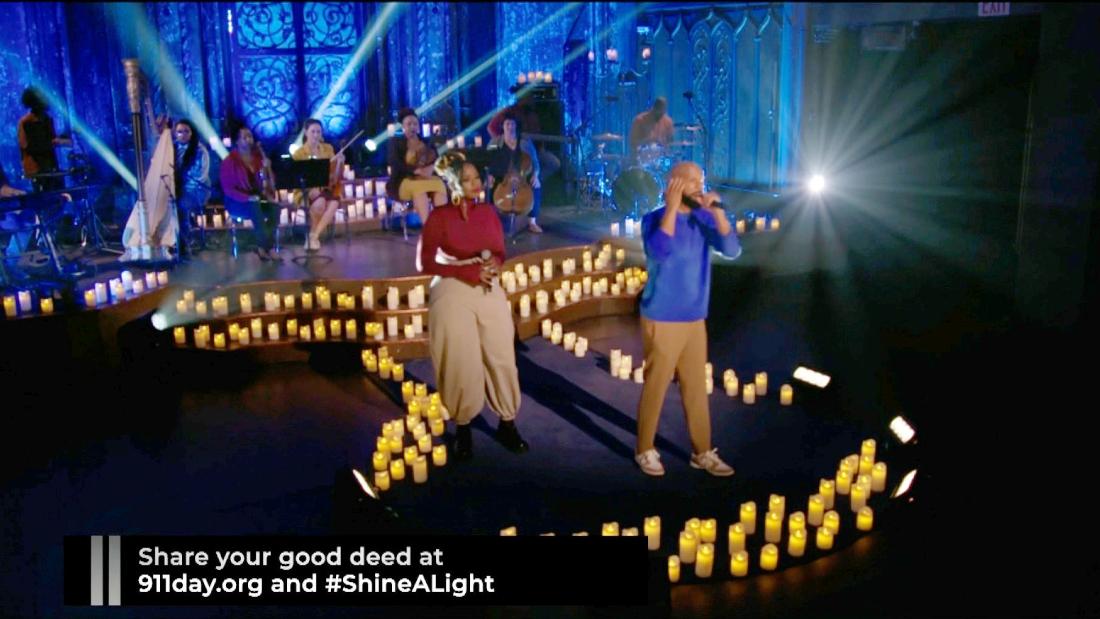 This past Saturday marked the 20th year anniversary (for lack of a better way of saying it) of the September 11, 2021 terror attacks on the United States of America that killed almost 3000 people in New York City, Virginia, and Shanksville, Pennsylvania.

Survivors as well as families of the ones that passed when the Twin Towers collapsed in New York came to pay their respects as well as serve remembrance to civilians, fire fighters and police who lost their lives in one of the largest attacks on US soil.

We always speak of the ones that lost their lives directly or survived the attack, but on a national level we never hear about the children that lost their parents that fateful day.

So CNN brought together some of the most powerful people in music, rapper/activist Common and H.E.R  to “Shine a Light” hosted by Jake Tapper to highlight young adults who are still dealing with the loss of their parents in the September 11th terror attacks.  Also making appearances to the phenomenal “Shine a Light” special by CNN were Brad Paisley, Maroon 5, Robert De Niro, Leonardo DiCaprio and Eli Manning.

Take a listen to H.E.R give a heart wrenching rendition of ‘Hallelujah’ and Common performing “Courageous” featuring PJ in the videos below.