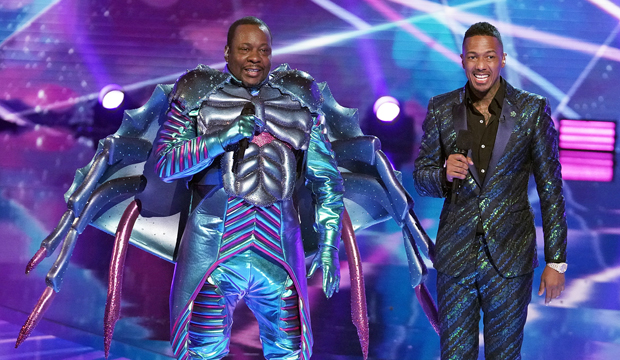 R&B singer Bobby Brown has suffered unimaginable losses with the death of his ex-wife Whitney Houston, then their daughter Bobbi Kristina now his name sake Bobby Brown Jr.   Most people would go into hiding with depression while putting on a brave front mask.  For Bobby Brown that brave front mask was a Crab on The Masked Singer on FOX television where he inserted his pain into a soul churning rendition of Bill Withers “Ain’t No Sunshine”, bringing the whole ‘guess who’s behind the mask’ panel to their feet.

In a recent interview Bobby Brown talked about how nobody not even his kids had any idea that he was on The Masked Singer and how the show acted as therapy for him during some times where he hasn’t had much sunshine.

According to Bobby Brown:

“It was something that was different. Something out of the box, you know? Something I could just go out and have fun with,” “Especially during these times, I think we need a little bit of laughter and a little bit of fun happening around the world.”