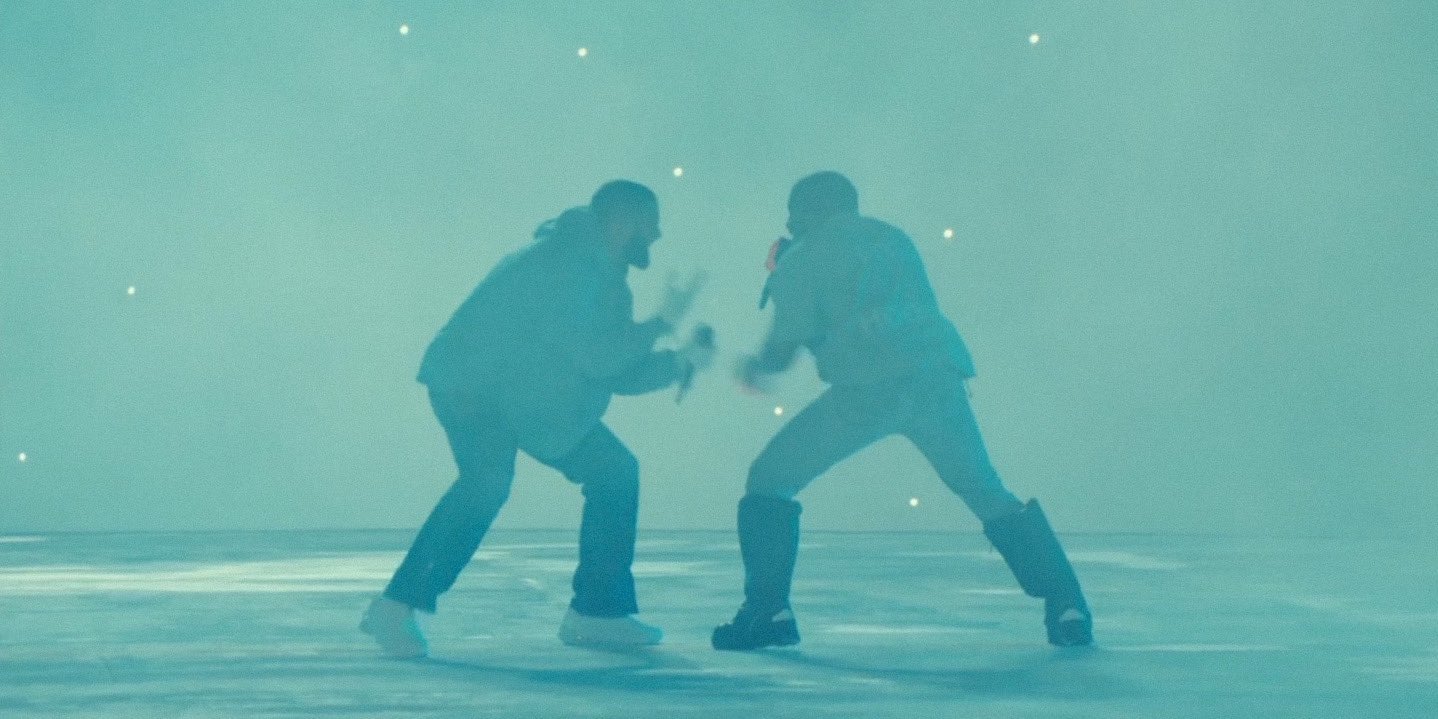 With Kanye West being formally known as, his new name Ye came with a new beginning as Ye and Drake having now officially publicly squashed their beef to mend fences in the name of The Free Larry Hoover Benefit Concert that went down last night live in Los Angeles at the Los Angeles Memorial Coliseum while streaming on Amazon Prime.   Ye and Drake performed together for what some say was “an iconic moment for hip hop culture” as well as “the greatest concert known to man”.

The Free Larry Hoover Concert opened up with a little church as the Sunday Service Choir walked the Coliseum steps in all-black attire. Kanye and Drake then emerged from the smoke at the top of the stadium and entered the coliseum like the tag-team champions at WrestleMania.  Then somewhere between the Alpha and the Omega Kanye, oops, Ye tried to mend his marriage fences by kinda begging his estranged wife, that is dating someone else publicly, Kim Kardashian, with a little song dedication/remix to “Runaway” .  It seems that all Kanye’s (dang did it again) Ye’s  LIVE Performances as of late has a little please don’t divorce me song in it.

“I need you to run right back to me, baby,…more specifically, Kimberly.”    ♫

The purpose of The Free Larry Hoover Concert was to raising awareness about the need for prison and sentencing reform and to benefit Ex-Cons for Community and Social Change.

71 Year old Chicago native Larry Hoover, who is allegedly a gang leader/co-founder of the Chicago street gang Gangster Disciples, serving six life sentences is in one of the most secure prisons in the US, for more than five decades for his involvement in crimes such as gang-affiliated murder.

Take a look at the videos from the highlights below

A post shared by Photos Of Ye – Fanpage (@photosofkanye)

It's Official: Common Has Publicly Confirmed That He And Tiffany Haddish Are No Longer Boo's [VIDEO]
Next Post

It's Official: Common Has Publicly Confirmed That He And Tiffany Haddish Are No Longer Boo's [VIDEO]