Trump Is Passing Out Pardon’s Like Candy And Kwame Kilpatrick Wants A Piece!? 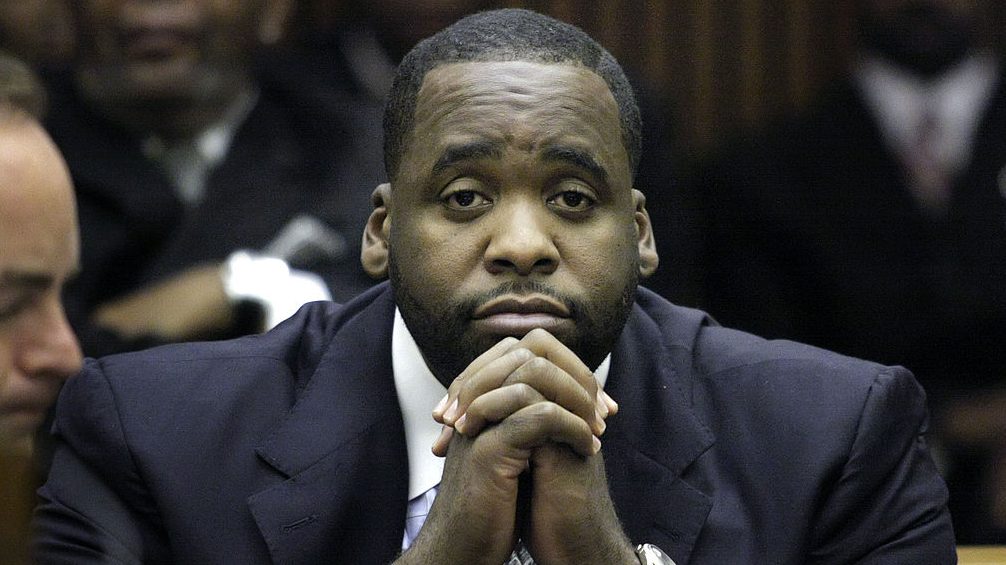 Donald Trump has granted clemency to 11 convicted felons and former Detroit Mayor Kwame Kilpatrick who is currently serving 28 years in prison for multiple public corruption crimes is hoping that Trump will grant him one as well.

49 year old Kwame Kilpatrick who has lost all of his appeals feels that he was wrongly convicted and now he is swinging his hopes on Donald Trump.  If Kilpatrick stays on his original convicted course, is not eligible to be released until 2037 at the age of 67.

According to U.S. Attorney Matthew Schneider Kwame Kilpatrick is getting exactly what he deserves and that his crimes had a devastating impact on the city of Detroit.

“As the elected mayor, he ran a criminal enterprise that corrupted wide swaths of city government in the early 2000s — at a time when city residents desperately needed honest and effective city services,”

This will be interesting to see how this request plays out, maybe Kwame has a chance on clemency with Trump trying to earn the ‘black vote’, however when it come’s to Detroit Trump may lose a lot more votes than he would be bargaining for.

LeBron James Promises To Use His Voice: New Book ‘I Promise’
Next Post

LeBron James Promises To Use His Voice: New Book ‘I Promise’