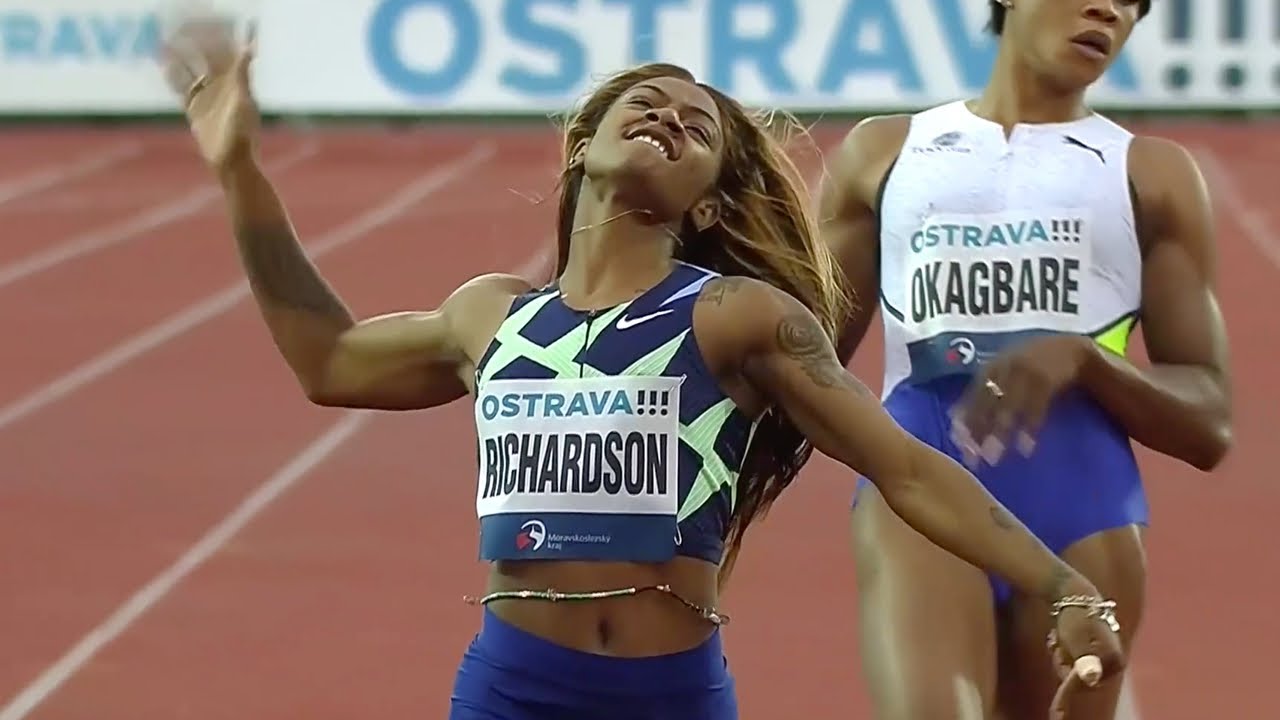 We were all yell look out Tokyo, Flo Jo 2.0, Sha’Carri Richardson is coming with plans on leaving with a gold medal after dominating her first Olympic trials in Eugene, Oregon winning the women’s 100m finals with a time of 10.86, all while grieving the loss of her biological mother.

Our hopes came crashing down when Sha’Carri Richardson missed the Tokyo Olympics after USA Track & Field announced its full roster of athletes, revealing that she has not been selected as a member of the 4×100 relay team after being disqualified from the individual events due to marijuana usage.  Sha’Carri said she used the marijuana while grieving her mother in a state where it is legal, but the Olympics showed her no sympathy.

After the games were over there was a lot of trash talking amongst Sha’Carri Richardson a  the female runners who dominated the Olympics and in a track meet after the Olympics Sha’Carri Richardson finished last in a field of nine runners in the 100 meters and withdrew from the 200 meters with a  time of 11.14 seconds in the 100 was well behind winner Elaine Thompson-Herah, the Olympic gold medalist from Jamaica who clocked 10.54 seconds for the second-fastest women’s time in history.

What happened to Sha’Carri Richardson?  What is her story?  Your about to find out because  Sha’Carri Richard’s got next in 2022 with a documentary titled ‘Sub Eleven Seconds,’ which is directed by Bafic and executive produced by the late Virgil Abloh, before his untimely passing, and it is premiering at the Sundance Film Festival that is virtual this year due to COVID-19.

Take a look at the official trailer for ‘Sub Eleven Seconds’ below.

Finally !! 007 Producers Say Idris Elba Has Got Next

Joe Biden Calls Reporter a ‘Stupid Son of a B*tch’ On A Hot Mic !? [VIDEO]
Next Post

Joe Biden Calls Reporter a ‘Stupid Son of a B*tch’ On A Hot Mic !? [VIDEO]