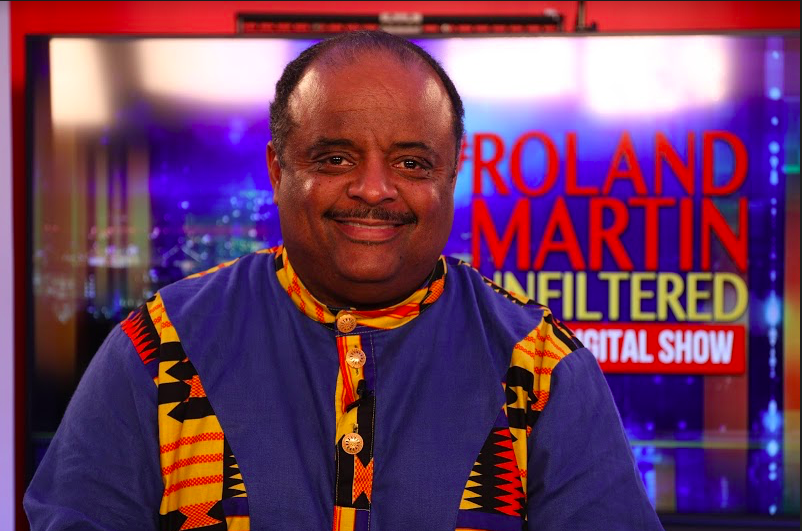 Woke up this morning with my mind staying on freedom, in a lot of our lifetime, or our parents, grandparents, our Madea’s lifetime people lost their lives for the right of people of color to vote.  Here in 2020 with the COVID-19 pandemic is taking the lives of American citizens, especially in the black community, but people are early voting in record numbers in spite of the pandemic because their mind is staying on freedom.  Recognizing that they have the freedom that once was not and in order to push forward towards true equality you must exercise what some do not want you to have, the only true way that change will come.

The person that gets that the most is a man that has pushed forward with a purpose and a platform to help people of all colors, creeds and walks of life to understand what the mental hat trick is, no other than political commentator, the Unfiltered, Roland Martin.

Roland Martin with music as his back drop called into The Sam Sylk Show with Bijou Star to chop it up about voting, his voice in Black media, his take on Ice Cube politicking with Trump and the joke of the Platinum Plan.

Roland Martin spoke passionately of how he is looking at people making voting their purpose by any means necessary, while dispelling the myth of your vote not counting.  Sam Sylk posed the question to Roland Martin to give his thoughts on Ice Cube meeting with the Donald Trump Administration.  Roland Martins response was he has no issue with Ice Cube being politically active, however, not only being specific to Ice Cube, but he has always said, that people should align themselves with people that are operating in the public policy arena so that they don’t get played, the issue is, the joke of a plan that they have put together.  Roland Martin said that all the Trump Administration wanted was to say that Ice Cube endorsed their plan, that there is nothing to the plan, it was nothing more than a joke, a transaction that Ice Cube didn’t get nothing out of.

Take a listen to Roland Martin speak with Sam Sylk below

T.I. Leaked That His Boi Leaked On Drake...Literally

Fifty Say's He Don't Care If Trump Doesn't Like Black Folks He's Voting For Him!?
Next Post

Fifty Say's He Don't Care If Trump Doesn't Like Black Folks He's Voting For Him!?