Safaree Says ‘I’m Getting Neutered’ After Erica Mena Say’s She Was Prego !? [VIDEO] 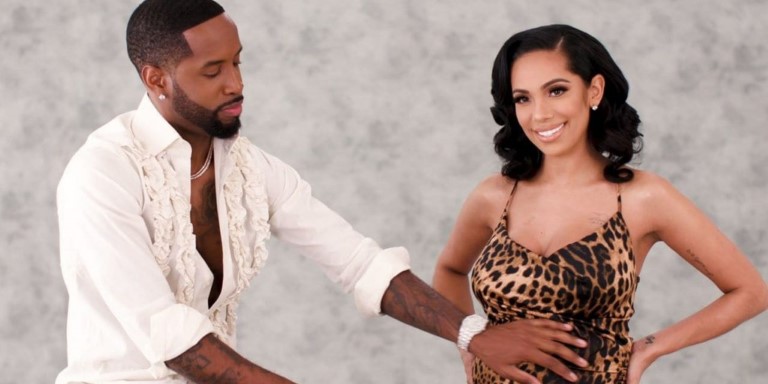 When people are living that single life it is not too uncommon, however how insensitive it may be, for when a woman becomes pregnant and she tells her man or partner that she is in fact pregnant that his reaction is, ‘Ohhh, wooow, seriously’, or ‘is it mine’ etc etc.  When people are married though you wouldn’t think those insensitive reactions would come into play but unfortunately and sadly so when for Erica Mena she broke the news to her husband, that she was living in the same household with, Safaree, that she was pregnant with baby number two, his reaction was crickets and what’s worse the not so loving moment was caught on video.  What’s even worse than that the video is out and has gone viral, hence the dragging of Safaree has began.  But there’s more…

Sometimes in life it’s better to not react at all to something negative because the reaction can make it 100x worse.

In a sound bite for Love and Hip Hop ATL, before the filling of the divorce papers, Safaree when talking about the news of baby #2 say’s ‘He is definitely getting neutered’

So Erica Mena filling for a divorce was definitely not post partum depression.

Falynn Guobadia Say's 'Facts' To Porsha Dating Her Hubby's Cousin And Getting a Roll's Out The Deal!?
Next Post

Falynn Guobadia Say's 'Facts' To Porsha Dating Her Hubby's Cousin And Getting a Roll's Out The Deal!?