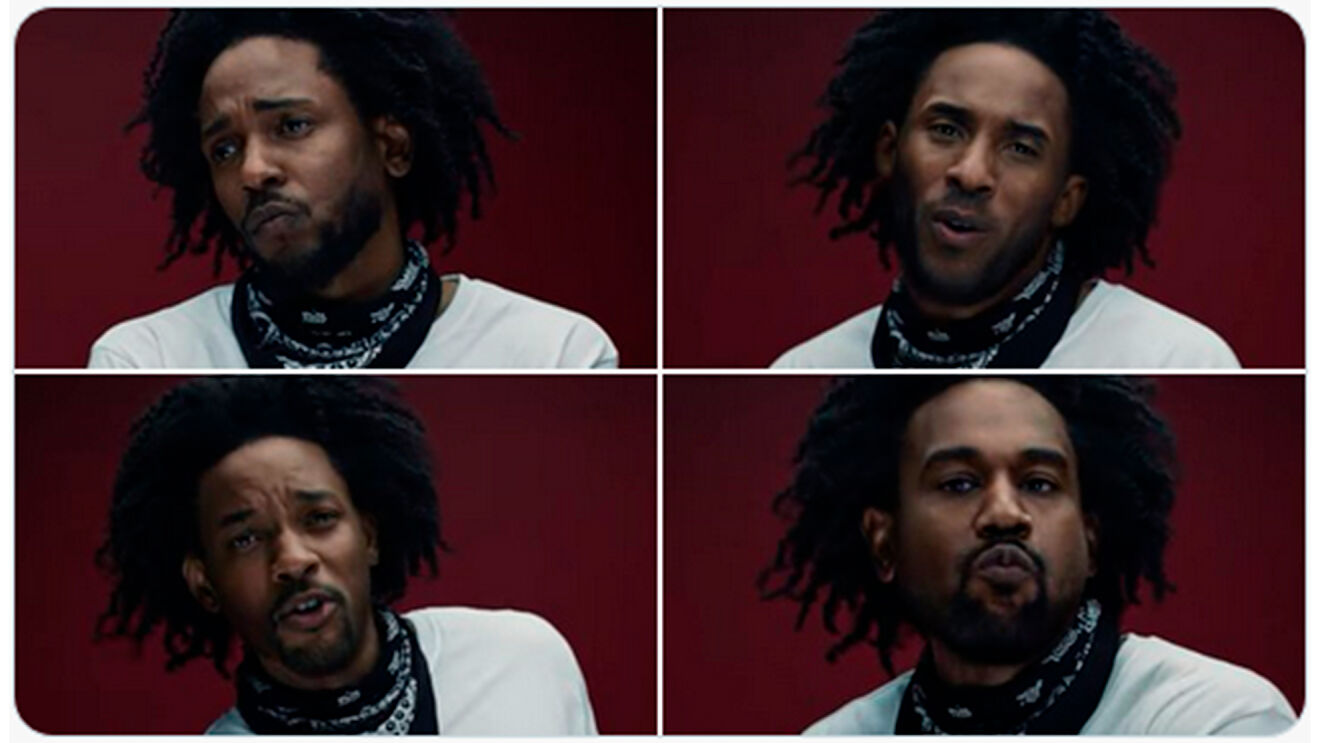 Did you get that Mothers Day Spotify new music ping?

Red alert, after a long 5 year hiatus, Kendrick Lamar told us it was going to be ‘alright’ before he became ‘untitled’ and the Compton native reinvents himself every time the beat drops and this time is no different.  For the last time the Top Dawg at Top Dawg Kendrick Lamar is dropping new music and the first track that is 5 minutes and 32 seconds long, titled ‘The Heart Part 5’ is pure D FIRE!!

You had to know Kendrick Lamar was up to something big, after lighting up The Super Bowl stage.

Musical geniuses inspire and recreate themselves in time and clearly Marvin Gaye’s spirit touched Kendrick Lamar’s in ‘The Heart Part 5’ in which the 34 year old, 14 time Grammy Award winning rapper Kendrick Lamar samples Marvin Gaye’s 1976 smash hit “I Want You” then slides us a raw classic Kendrick Lamar official music video, that makes you want to want more.   Oh by the way Marvin Gaye isn’t the only legend that got channeled for this track as Kendrick Lamar morphs into OJ Simpson, Jussie Smollett, Nipsey Hussle, Kobe Bryant, and Kanye West right before your eyes.

“As I get older, I realize life is perspective,” -Kendrick Lamar

Word on the street is ‘The Heart’ series is the pre-emptive to Kendrick Lamar’s new album, Mr. Morale & the Big Steppers that is being reported to be dropping Friday, May 13th, and that Kendrick Lamar posted and deleted a cryptic photo of two CDs on Instagram, raising the question of whether this upcoming project will be a double album.

Take a look/listen to Kendrick Lamar’s newest joint ‘The Heart Part 5’ in the official video below.