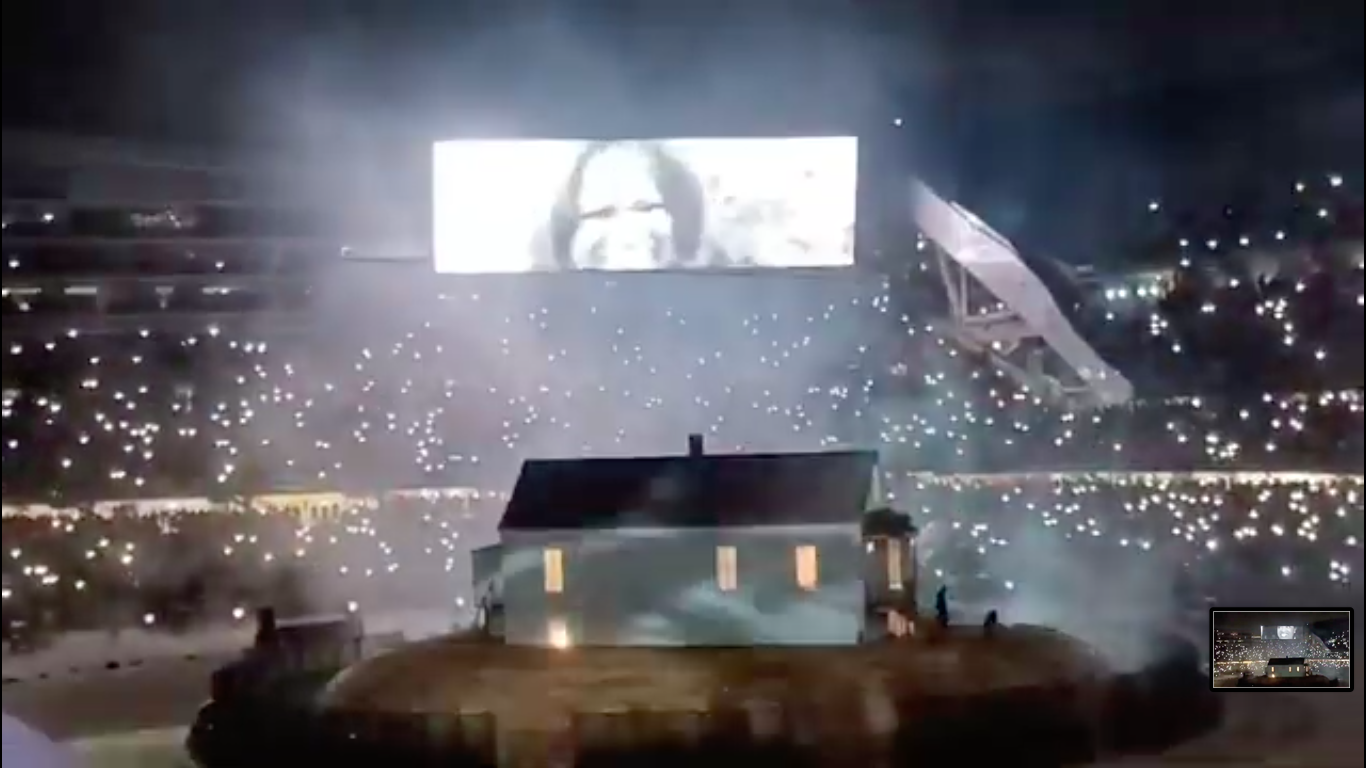 Kanye West rolled into his hometown of Chicago last night, dropping into Soldier Field with his childhood home front and center last night, with his ex-wife Kim Kardashian in a full wedding dress and the extremely controversial Marilyn Manson to welcome fans to listen to the highly anticipated ‘Donda’ album. This listening party that offered COVID-19 vaccinations went down with mixed reviews and the biggest question, where is ‘Donda’?

During last nights Kanye West ‘Donda’ listening party Ye had rapper DaBaby who has been catching heat for some homophobic remarks he made as well as singer/producer and accused rapist, Marilyn Manson, who has also been catching hell for homophobic remarks he made at a festival earlier this summer, step out onto his replica childhood home porch with him to perform the same song that Ye and Jay performed together in the ATL.  This was before setting himself on fire then closing out the party with Kim Kardashian making an appearance in a beautiful wedding dress for a wedding reenactment.

I wonder if the last piece of the ‘Donda’ album is you, the fan? Could it be that these listening parties are about what you want in/on an album? #IJS Time will tell.

YE Is Offering Vaccine To The Unvaccinated In Chi Town [VIDEO]