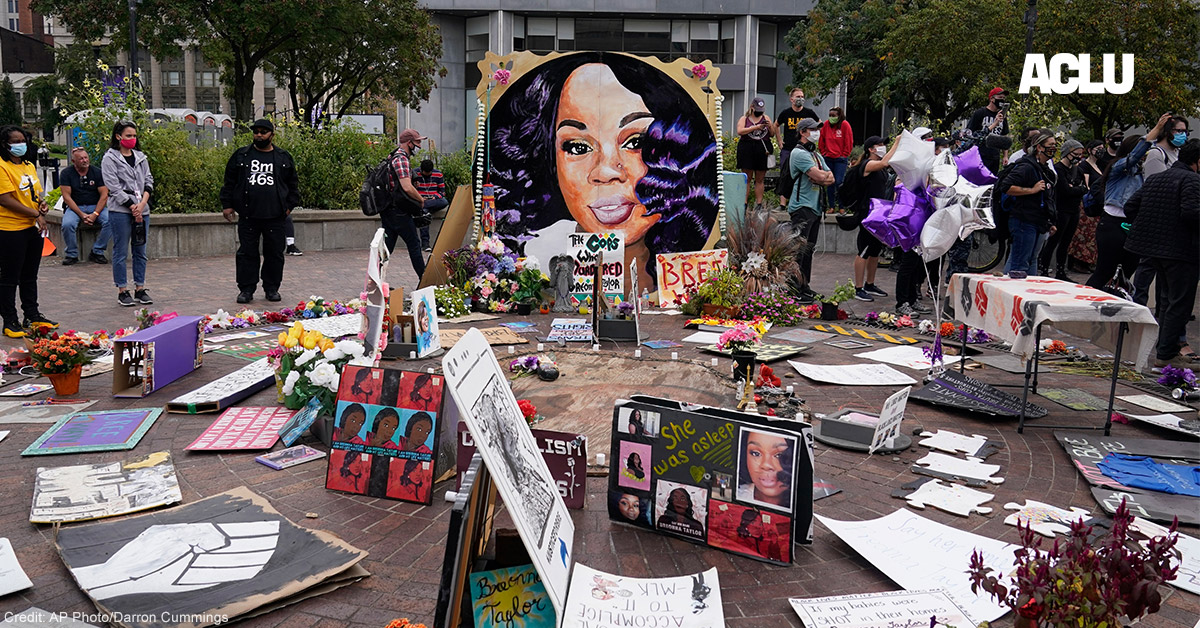 It’s been a long time coming, but we know, arrests where gone, come, OH YES THEY DID!!!

Are we finally going to get justice for Breonna Taylor?

Former LMPD detectives Joshua Jaynes was the officer that signed the no-knock warrant that led to officers coming to the home of Breonna Taylor and ultimately killing her while she was at home sleep in bed.

Joshua Jaynes was fired in January of 2021, for violating the department’s standard operating procedure by not filling out a required form and lying in the affidavit he submitted to obtain the search warrant.

Disney Is Not Here For The Sesame Place Mess [VIDEO]