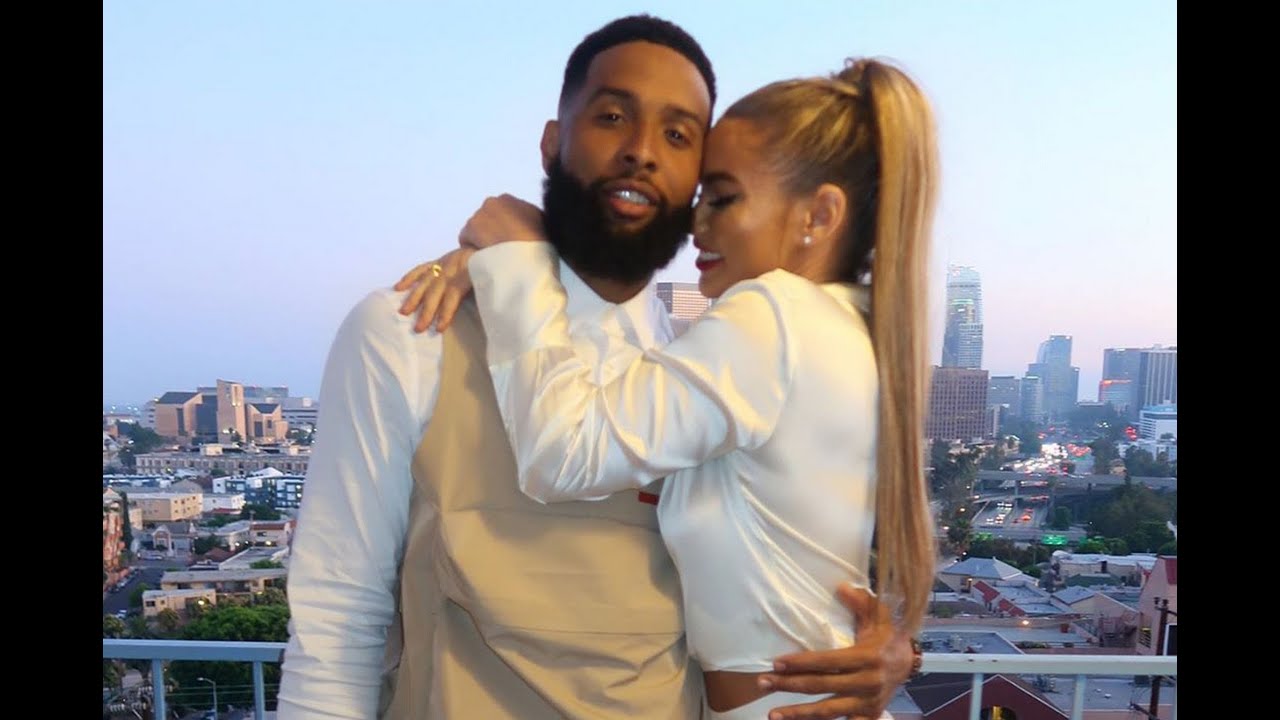 It appears that as the drama dust between the Cleveland Browns and Odell Beckham Jr. has settled, The Browns have been struggling on the field and with the fans.  Odell Beckham Jr. however was released by The Browns, cleared waivers then was picked-up by The Los Angeles Rams where his homie LeBron is, life seems to be on the positive upswing.   Odell Beckham Jr. who has agreed to be paid 100% in for the 21/22 season from The Rams in Bitcoin through CashApp is now to adding to the positivity going on with the 29 year old wide receiver, Odell Beckham Jr., professionally, as congratulations are in order for OBJ personally as it is being reported that he is expecting his first baby.

Sweet tea was spilled via Instagram that NFL wide receiver, Odell Beckham Jr. and his girlfriend Lauren Wood are expecting their first child together.  The tea was spilled via the 28 year old model/fitness trainer Lauren Wood’s Instagram page with a too cute photo shoot photo with the happy couple highlighting her baby bump along with the proud, excited papa, Odell Beckham Jr. commenting on the post “Can’t wait baby!”

Stephen A. Smith Says LeBron James Should Be Dethroned [VIDEO]