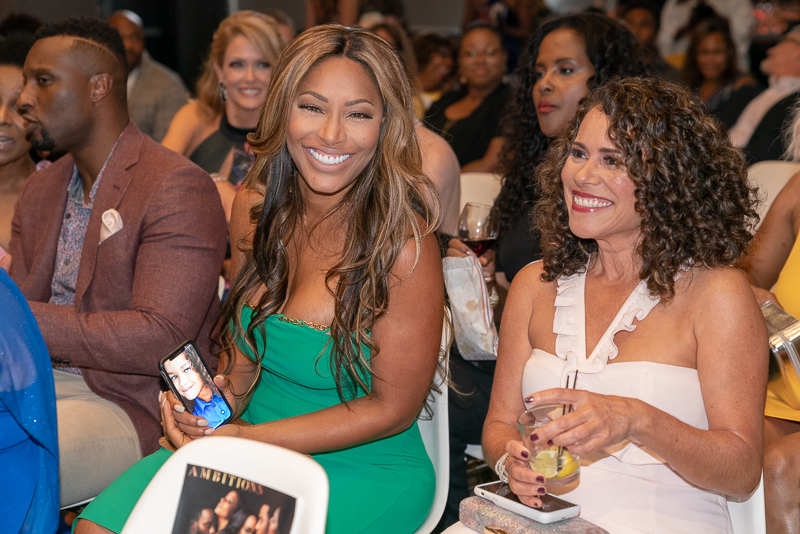 Everybody remember the Cleveland News Anchor Sharon Reed that was known for her edginess when she took the famous Cleveland photo with hundreds of people who participated in Spencer Tunick’s nude photo installation in Cleveland.  Then when Sharon Reed became pregnant she pummeled with rumors that her unborn child belonged to Just The Kid from Akron, which she has stated was absolutely untrue, then she backed her things up and left Cleveland for greener pastures that landed her in the ATL.

While in Atlanta Sharon Reed found herself behind the news desk making national news when a racist viewer called her the N-Word forcing Sharon Reed to publicly get the racist viewers life together.  Then after great success as that girl on Atlanta News, Sharon Reed in may unexpectedly quit news for others ventures.  What ventures could that be?

Well if your a fan of OWN’s, Will Packer, new hit series ‘AMBITIONS‘ starring Robin Givens you might have seen Cleveland’s Ex-New Anchor Sharon Reed living her best life on the television screen with a talking scene on the show, actually in a couple of episodes, playing a news reporter named ‘Sharon Reed’.  Also she has made cameos in other Atlanta, The Mecca of Black Hollywood, filmed shows.

Will Packer, “Ambitions” is a multi-generational family saga that explores love, power and politics in Atlanta. It centers around lawyer Stephanie Carlisle, the wife of Atlanta Mayor Evan Lancaster, and her rivalry with Amara Hughes, a prosecutor in the U.S. Attorney’s Office who has just arrived in Atlanta with her husband, Titus.

Congratulations Sharon Reed, we will be watching for you on more of ‘AMBITIONS’ plus more in the future.

Tags: AMBITIONS, News Anchor, OWN, Sharon Reed, Will Packer
Share:
Sam Sylk Sits Down With FOX 8 News To Talk About `Is It Them or Is It Me` [VIDEO]
Previous Post

Morris Day Talks Prince and His New Memoir “On Time: A Princely Life In Funk”
Next Post

Morris Day Talks Prince and His New Memoir “On Time: A Princely Life In Funk”