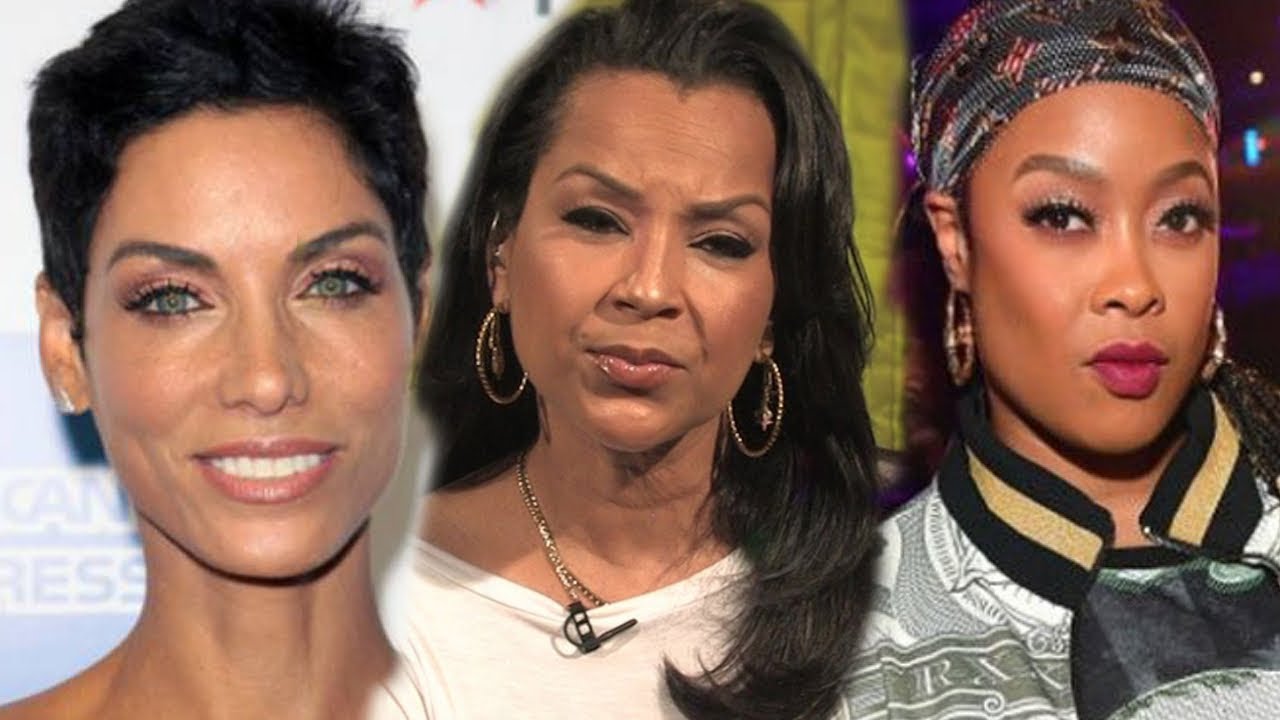 The internet has been on fire after photo’s of Nicole Murphy and Antoine Fuqua circulated of them kissing while in Naples, Italy for the 2019 Ischia Global Film & Music Festival. The problem with that is film director Antoine Fuqua is married to actress Lela Rochon who is most notably know for her role as Sunshine in Harlem nights and as Robin in the movie ‘Waiting To Exhale’. Now it appears that ‘Waiting To Exhale’ is what Lela Rochon is doing as the story seems to be snowballing.

Nicole Murphy say’s she is sorry, that her and Fuqua are just friends, she would never try to get at another woman man.

But Da Brat tat tat tat is claiming that Nicole Murphy’s statement is so funkdafied!!

Rapper and radio co-host of The Ricky Smiley Show, Dat Brat, is saying flag on the play homegirl, that’s how Nicole Murphy roll’s and that she tried to get at her sister, actress, LisaRaye’s husband when she was the 1st Lady and married to The Premier of Turks and Caicos.  According to Brat, Nicole Murphy and some other garden tools tried it.

Check out what DaBrat and LisaRaye had to say about Nicole Murphy below.

Darrell Johnson Now Say's He Would Leave His Daughter With R Kelly 100%!?