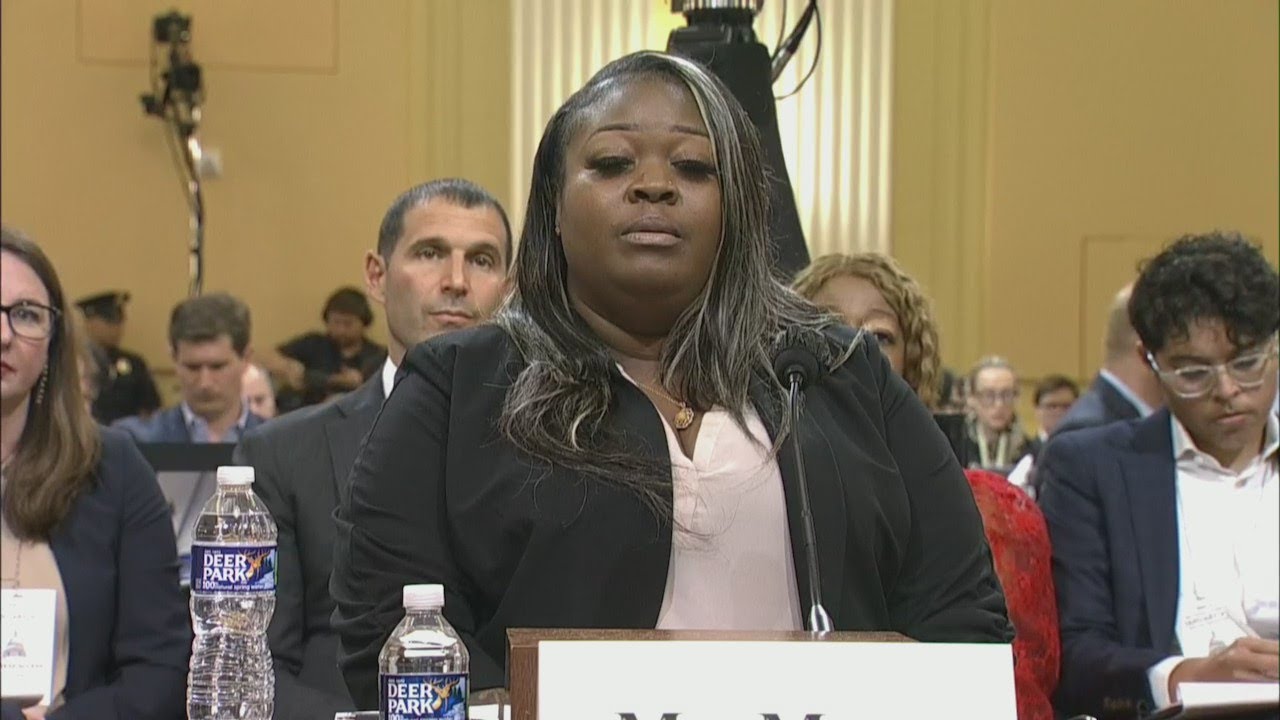 Shaye Moss was a faithful Georgia Election worker who took pride in what she did until former President Donald Trump changed her life forever when accused them of stealing votes for Democrats during the 2020 election.

Tearfully Shaye Moss testified to the committee of the the January 6th hearings that she and her mother Ruby Freeman were Black Georgia Election workers that Trump and Giuliani accused of stealing votes, referring to them as “professional vote scammers”.  Trumps false accusations led them to having to leave their home to go into hiding per the suggestion of the FBI.  Trump supporters even bogarted their way into her grandmothers home hunting for Shaye Moss claiming they were coming to make a citizens arrest.

“It’s turned my life upside down. I no longer give out my business card … I don’t want anyone knowing my name,” “I don’t go to the grocery store at all. I’ve gained about 60 pounds. I just don’t do nothing anymore,”  “I second guess everything that I do. It’s affected my life in a major way — in every way. All because of lies.”

Take a look at Shaye Moss’s complete testimony below

Chris Brown Reminisces About Diddy Shooting Him Down [VIDEO]
Next Post

Chris Brown Reminisces About Diddy Shooting Him Down [VIDEO]