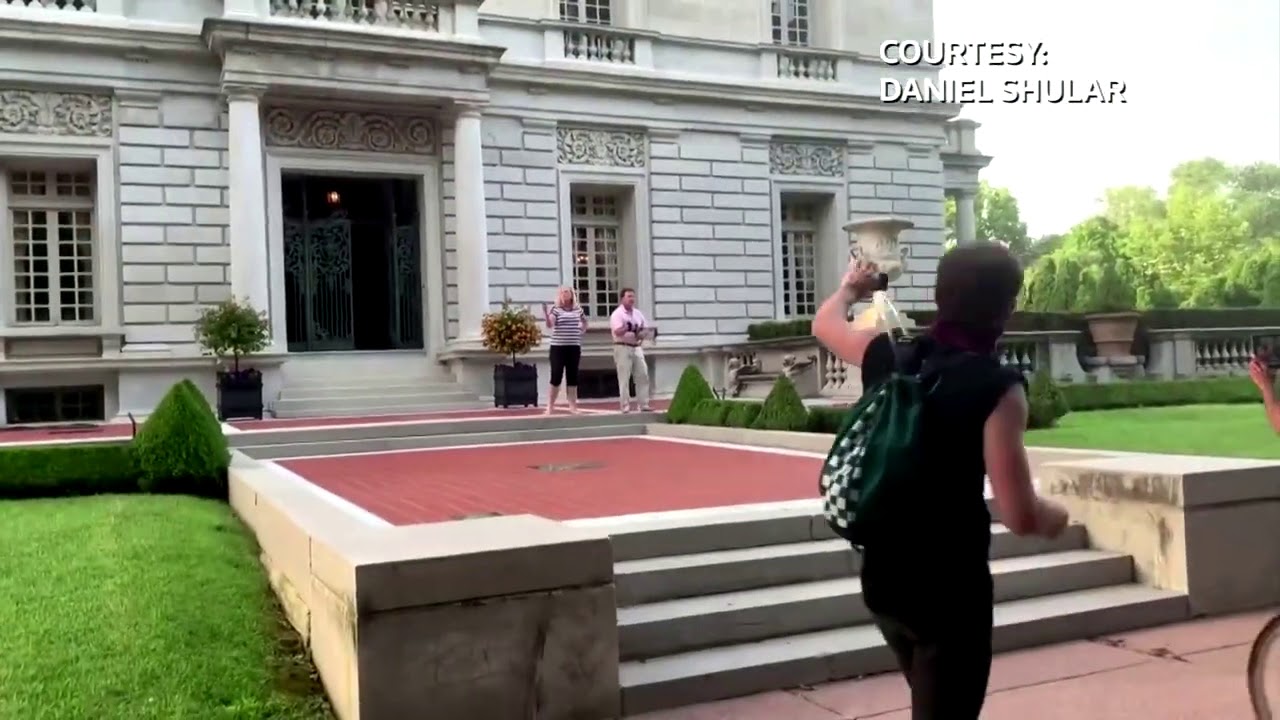 Is this what we are doing now days!?  A video was taken of a couple Mark and Patricia McCloskey of St. Louis aiming an AR-15 style rifle at protestors marching past their home/mansion on their way to protest while asking for the mayor of St. Louis Lyda Krewson resignation on Sunday after the mayor read the names and addresses of people who wrote letters to her calling to defund the police during a Friday afternoon Facebook live video.

The video has since gone viral catching the attention of #45.  U.S. President Donald Trump retweeted the first video amid a string of other anti-protester tweets on Monday morning. Trump did not add any remarks to the video.

I guess he doesn’t need our vote??  How much more proof do you need then that. #IJS

Again, this is a crime. People are on the SIDEWALK walking past the gaudy mansion of Mark and Patricia McCloskey in St. Louis, on their way to protest the Mayor, and they are out here pointing guns at people. They should be charged and disbarred for this. And Mark is holding the AR-15 wrong. It would literally burn his hand off if he shot it like that. Damn fools. 📷 by Daniel Shular

It's Not Dre Day: Dr. Dre's Wife Has Filed For A Divorce