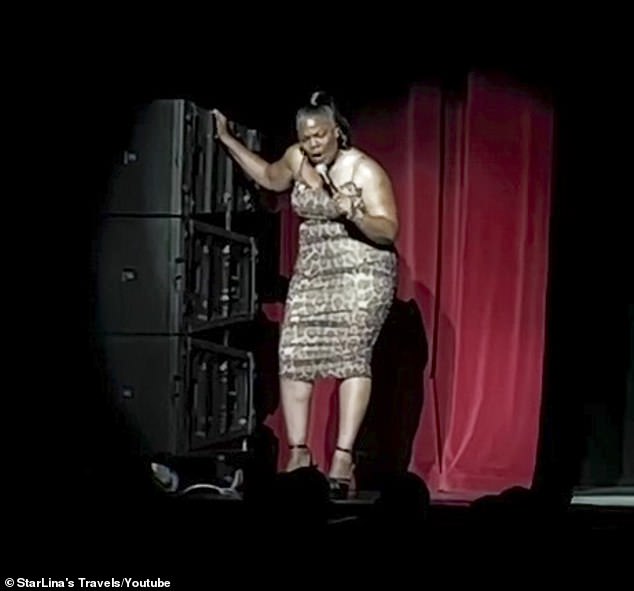 Two weeks ago in Detroit a comedy set went left from the rip when Mo’Nique took the stage and publicly ripped D.L. Hughley over what was a contract dispute about who the headliner was.  In the world of comedy being the headliner is a huge deal and the headliner is the one to go last.

During the opening set while dragging D.L. Hughley, Mo’Nique unceremoniously dragged is wife into it then when the video went viral on social media, D.L.’s daughter became collateral damage in the back and forth that happen post comedy show.  The involving D.L.’s family into the beef prompted a viral post by D.L.Hughley’s daughter.

For those who watched Mo’Nique’s opening set that went viral know’s that Mo’Nique spoke about in comedy, comedians family’s are off limits and that night in Detroit and on social media, Mo’Nique went there.

Mo’Nique does know the difference between right and wrong and recognized that involving D.L.’s family was in fact wrong.  So just the way she involved the Hughley’s is just how she apologized to them, publicly.

To kick-off the Juneteenth holiday in North Carolina Mo’Nique took to the stage and publicly apologized for what she had done, as it pertains to everyone in D.L.’s family…but not him.

“I’d like to consider myself a woman of honor. So I’m about to do something right now publicly that I did publicly. And when I f**k something up, I gotta fix it up. So I’m gon’ take care of that right now before I go any motherf**king further,…“To D.L. Hughley’s family, I wanna publicly apologize if I hurt anyone’s feelings,”… “I want to publicly apologize to his wife, his babies if I hurt their feelings because that was never my god damn intention.”

Know that’s how a grown person is supposed to take ownership for doing something wrong.

Take a look at Mo’Nique’s public apology to D.L. Hughley’s family below.

‘Grandmother Of Juneteenth’ Opal Lee At 95 Walked That 2.5 Mile Walk [VIDEO]
Next Post