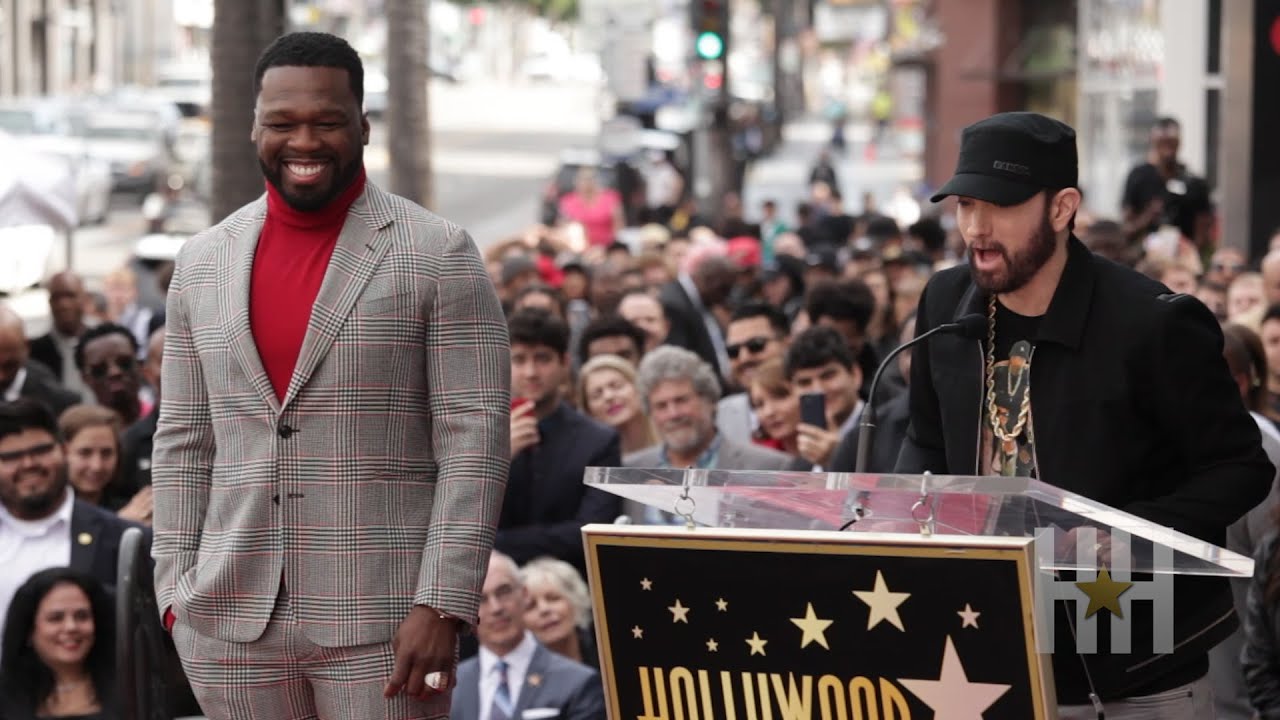 Congratulations are in order as it is being reported that the rapper turned film/television/movie producer, 50 Cent’s hard works POWER has led him to land a star on The Hollywood Walk Of Fame.

Curtis Jackson AKA 50 Cent, The Starz Power Executive producer who hails fro Detroit celebrated the unveiling with his partners in Hip Hop crime by his side, Dr. Dre and Eminem.

“I don’t honestly think my career would’ve been what it was without their support. Dre’s a mentor for the whole squad, really, because he’s been doing it for long before that and was able to guide us in ways without even knowing that he’s doing it.”

Rapper Eminem when paying tribute to 50 Cent at the ceremonies:

“One of the first things I noticed when he walked into the room was his presence. It just kind of felt like he’s going to be a star … He was the whole package.” (see video below)

Take a look at 50 Cent receiving his shine from his star on The Hollywood Walk of Fame ceremonies below.

LeBron James Goes Off Script & From The Heart At Kobe Tribute