The world now knows George Floyd’s name after a video went viral of a Minnesota police officer was seen kneeling on his neck while Floyd and others yelled for them to stop because he couldn’t breath before he died.  The officers involved in George Floyd’s arrest have been fired, the FBI is conducting an investigation and now the Mayor of Minnesota is asking for charges are being filed against the police.

Justice is slowly coming for the death of Ahmaud Arbery, as two men claiming to be conducting a citizen arrest hunted Arbery down like an animal killing him in broad daylight, a justice wheel that only started turning because of a video.

In the city that a young Tamir Rice was gunned down by police in, Cleveland, OH, there appears to have been a Trayvon Martin scenario that is flying below national attention. 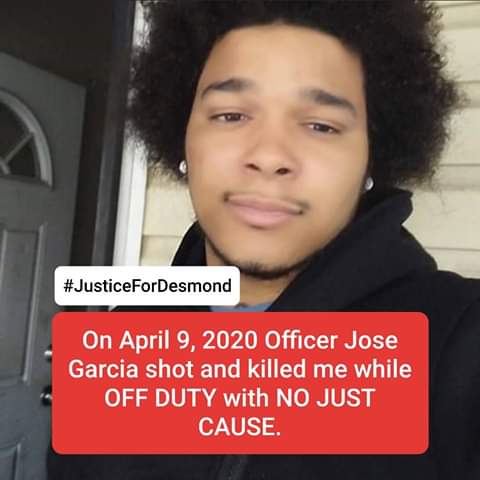 22 year old Desmond Franklin was driving down the street when his car came in close proximity of an off duty officer by the name of Jose Garcia, who claims Desmond Franklin threatened to shoot the officer, who was not wearing his uniform and was not driving a police vehicle.  Garcia called 911 said he believed he was being shot at and was possibly hit.  However witness accounts, the placement of the gunshot wound to the victims head, and video don’t support Garcia’s claim.  And very similar in circumstance to Ahmaud Arbery, Jose Garcia initially  claimed he saw Franklin and the passenger in Franklin’s vehicle trying to steal items from a truck.

Tags: cleveland, Desmond Franklin, Shot by Off Duty Police
Share:
TLC is Down With Battling SWV or Xscape on VERZUZ
Previous Post

TLC is Down With Battling SWV or Xscape on VERZUZ