Cardi Fresh Off BET Awards To Plead Not Guilty In Court!? [VIDEO] 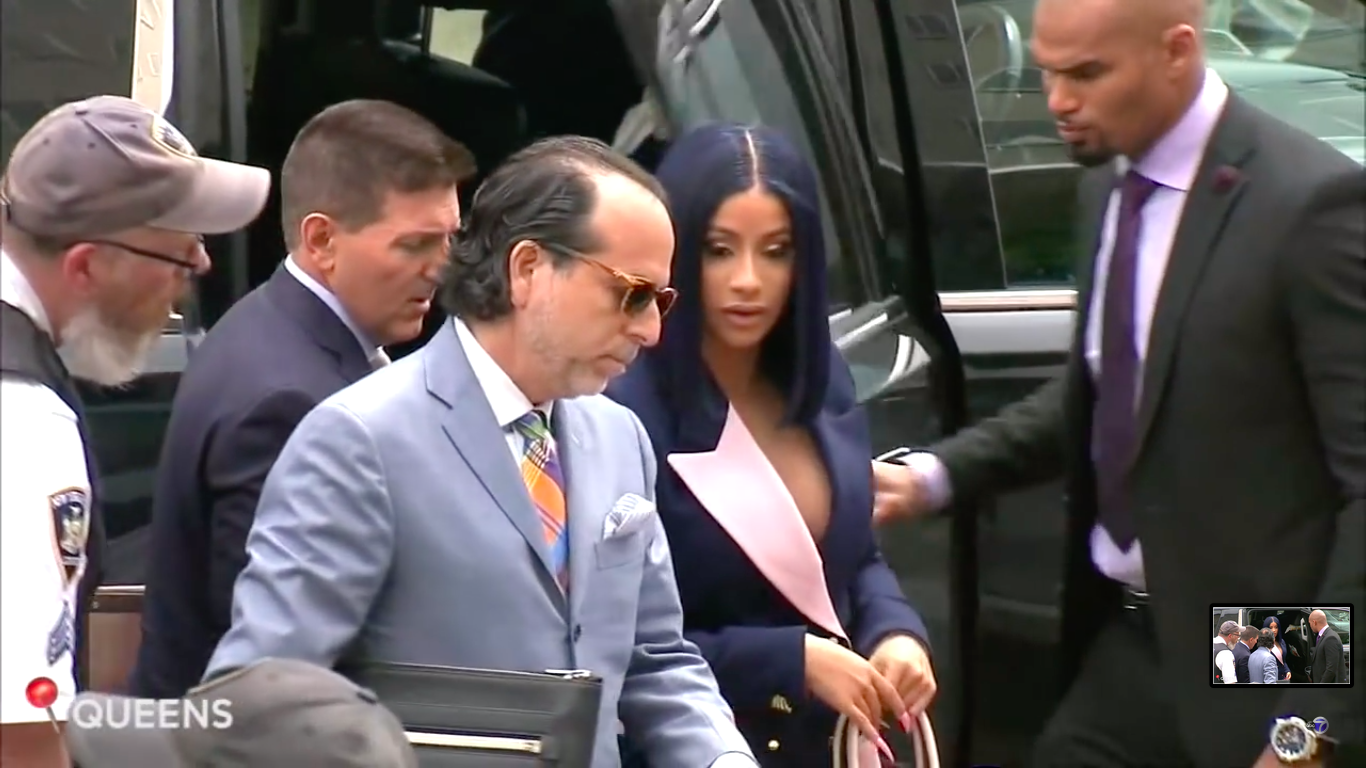 Cardi B rocked the 2019 BET Awards stage on Sunday night only to have to rock out at a court house on Tuesday.

Rapper Cardi B was arraigned Tuesday on new felony charges in connection with a fight last year at a New York City strip club. She pleaded not guilty to attempted assault. The rapper rejected a plea deal earlier this year.

This is all stemming from 2 sisters that are bartender at a New York strip club who claimed that Cardi B had been threatening them.  The the sisters are alleging that Cardi B’s posse attacked both of them on August 29th,  throwing bottles and chairs at them causing serious injuries that required medical attention.

Cardi B turned down a plea deal earlier this year.

Jussie Smollett Googled Himself 50 Times After Alleged Attack!?
Next Post