Browns Player Girlfriend Killed In Accident on I-90

Prayers are in order as it is being reported that Cleveland Browns defensive end, Chris Smith’s girlfriend 26 year old Petara Cordero, was killed in a car accident Wednesday morning on I-90 in Cleveland, Ohio.

According to reports Chris Smith was driving his 2019 Lamborghini and Petara Cordero was the passenger when his tire blew out sending the car into the I-90 median.  Both Chris Smith and his girlfriend excited the car without serious injury when another car traveling on I-90 struck Ms. Cordero killing her.

We will be keeping the families of Chris Smith and Petara Cordero uplifted in our prayers.

Bobby Brown Got Kicked Off Jet Blue For Giving Them The Blues or Nah!?
Next Post

Bobby Brown Got Kicked Off Jet Blue For Giving Them The Blues or Nah!? 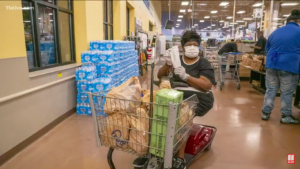