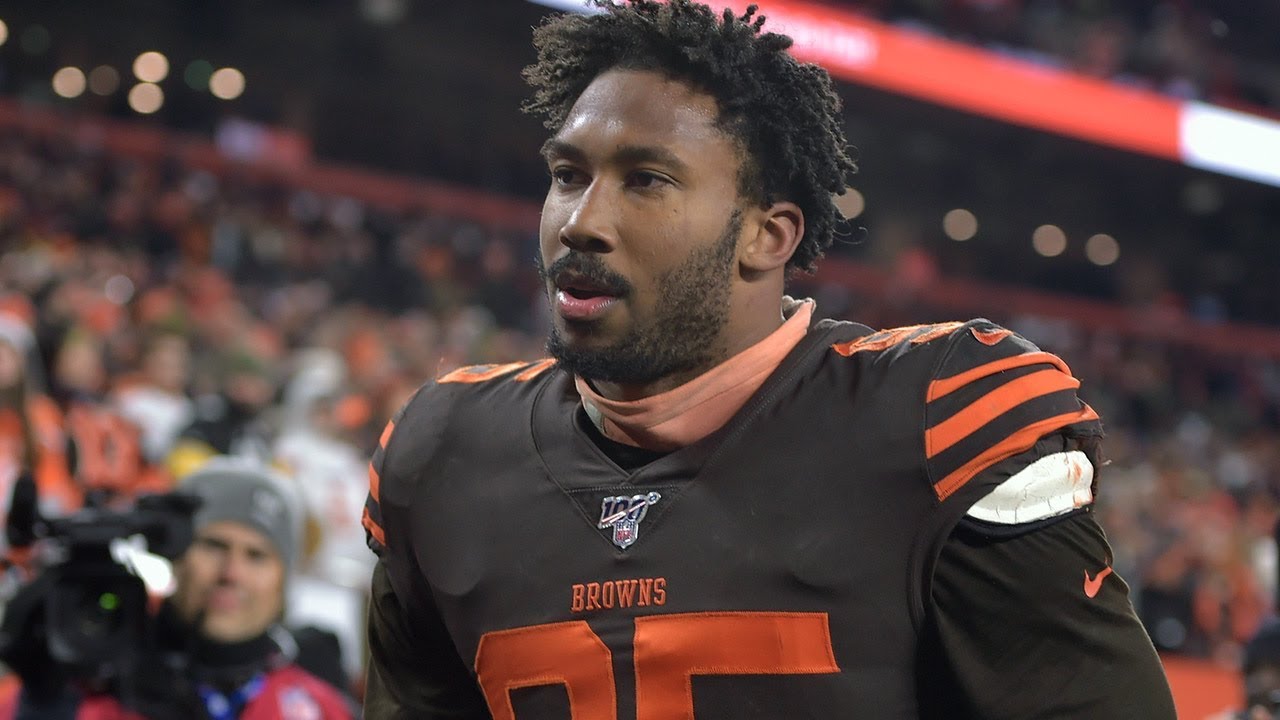 Myles Garrett was suspended for a total of six games for taking his helmet off during a game against Brown’s rivalry Pittsburgh Steelers in November 2019 and swung it at Steelers quarterback Mason Rudolph.

Myles Garrett immediately appealed the suspension, claiming that the reason he lost his temper in the first was because Mason Rudolph called him a racial slur, an allegation that Rudolph denied.

The Browns GM Andrew Berry is happy to welcome back Myles back with open arms, but of course you still have some that feel that he should still remain suspended.

However in the world of Twitter somebody is always going to mad, but when asked how Myles Garrett feel’s about being reinstated, he says “feels pretty nice”