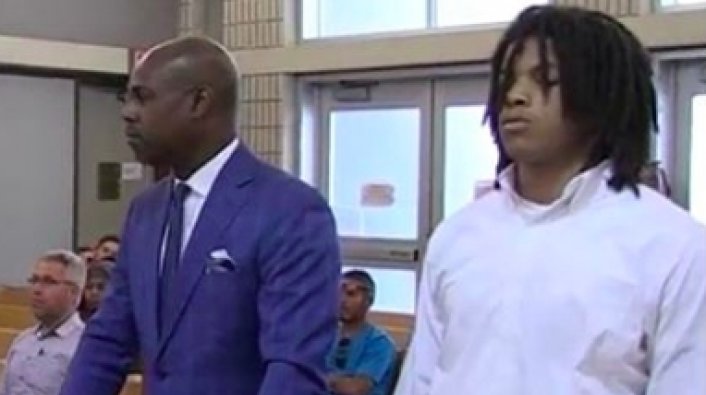 Wendy Williams son, Kevin Hunter Jr., some months back got into an argument with his dad, Kevin Hunter when allegedly big Kevin said some ill things about little Kevin’s mom, TV/Radio star Wendy Williams. Well as the story goes they were in a parking lot Kevin said your mom, whoot the whoot woo, and lil Kevin wasn’t havin it and he squared up on big Kevin and clocked him. Someone called the police and they charged Lil Kevin with assault against big Kevin.

Fast forwarding to today it is blessed day in the Williams/Hunter household as Wendy Williams has been living her best life dating and a judge dismissed Kevin Jr’s assault case in court.

Take a look at the video as Kevin Hunter Jr. and Sr. walk into court and leave together victorious below.