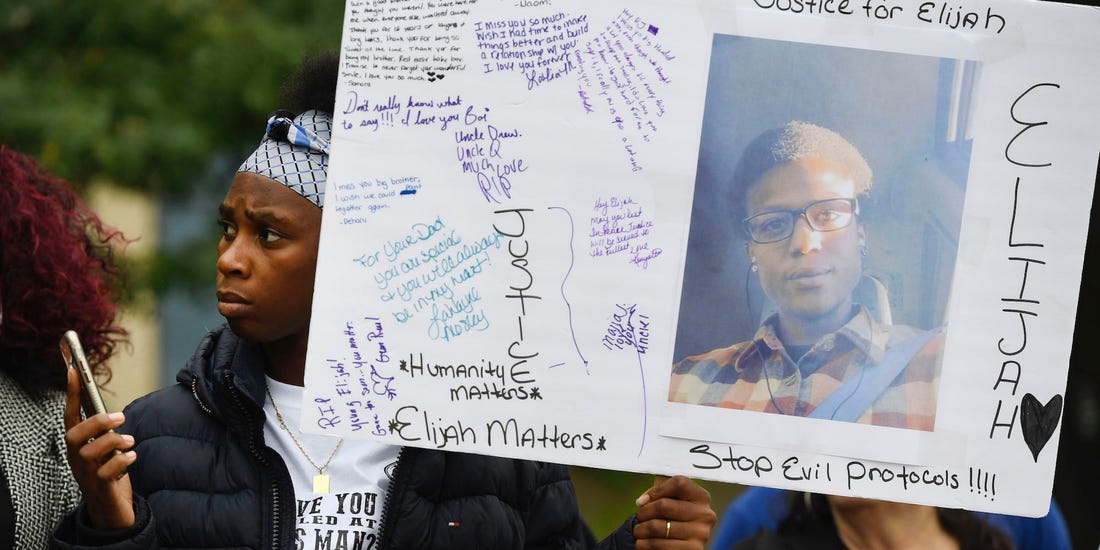 In 2019 Elijah McClain walked was walking home from a local convenience store with earbuds in his ear and a face covering because of a skin condition when someone called 911 because they thought he may or may not have been suspicious.  When police arrived they called out to the 23 year old who appeared to not have heard them right away and he was simply just walking home when police grabbed him and a struggle ensued.   Police then held him down very similar to how George Floyd was held down.  When EMS arrived the 23 year old Elijah McClain was given an injection to keep him calm which resulted in him having a cardiac arrest in the ambulance then being declared brain dead 3 days later.  The officers involved were placed on administrative before being reinstated.  Why wasn’t charges filed?  Because the autopsy could concluded a cause of death.

Oh by the way the whole thing played out on the officers bodycams, but fortunately and unfortunately because of the death of George Floyd the family of Elijah McClain is finally going to get the investigation that they have been begging for a year.

Convicted Racist Killer Tells Victim “I Should Have Killed You!” [VIDEO]
Next Post

Convicted Racist Killer Tells Victim “I Should Have Killed You!” [VIDEO]